I had an appointment with an oral surgeon today because my one tooth had a root canal and it failed, so I had to get the tooth extracted. I thought I was going in for a consult. I took a clonazepam an hour before the appointment, because even consults make me nervous.

The surgeon, Dr G was very calm and nice. He said the root canal had failed, and he could extract it today under local. “The worst part will be the needles”

Hesitation. “Maybe. Oh, needles don’t bother me. How long will it take?”

Spontaneous decision. Get it over with.

5 minutes later he was set up in a procedure room and gave me 2 syringes full of anaesthetic (which didn’t really hurt, he used topical first, what a nice guy! Really, dentists that use topical before local even on adults, they are saints) The tray of instruments scared the shit out of me, but not all of them were for me.

He said if I felt anything more than pressure to stop him. He yanked the tooth in a few minutes and all I felt was pressure, then release. Then I relaxed. He checked for broken pieces, there was one, he got it out in a minute. He cleaned out the area, checked thoroughly. From start to finish, 20 minutes.

No sedation. I usually get nitrious oxide at my dentists. This is a first for me.

I’m proud of myself. I was a bit nervous, a bit above baseline. But I didn’t panic or freak out or cry or anything. I wasn’t in pain. I’m in a bit now, but he gave me tylenol 3’s (30 of the damn things! Holy generous!) for the pain. I’m drinking mostly water.

So much relief. The tooth is out. He was pretty gentle, for yanking a tooth. I only regret not asking for the tooth, hehe. My first non-sedated (other than cleaning) dental procedure in years. And I didn’t flip. My dentist made a good referral. He was very calm, professional, explained everything he did and what I would feel, very fast, and didn’t give me time to get nervous.

My face hurts now, the local wore off a few hours ago (he gave me a LOT) and I’m waiting for a T3 to kick in, but I’m proud of myself.

I regret not eating before I went in.. if I would have known, I would have had the subway sub I’m craving right now (and have been ALLLL day) earlier!

I also have wellbutrin (zyban) for quitting smoking. Today is day 0. Wish me luck! My doc offered me Champix, but he said “It’ll make you moody” to which I replied “Moodier” and he laughed and said “I guess it’s out of the question then!”

Generalized Anxiety Disorder: When Worry Gets Out of Control 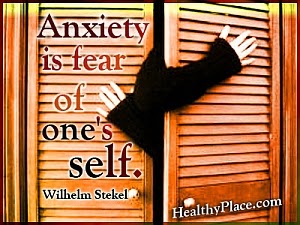 All of us worry about things like health, money, or family problems. But people with GAD are extremely worried about these or other things, even when there is little or no reason to worry about them. They are very anxious about just getting through the day. They think things will always go badly. At times, worrying keeps people with GAD from doing everyday tasks.
GAD develops slowly. It often starts during the teen years or young adulthood. Symptoms may get better or worse at different times, and often are worse during times of stress.
People with GAD may visit a doctor many times before they find out they have this disorder. They ask their doctors to help them with headaches or trouble falling asleep, which can accompany GAD but they don’t always get the help they need right away. It may take doctors some time to be sure that a person has GAD instead of something else.

GAD sometimes runs in families, but no one knows for sure why some people have it, while others don’t. Researchers have found that several parts of the brain are involved in fear and anxiety. Research suggests that the extreme worries of GAD may be a way for a person to avoid or ignore some deeper concern. If the person deals with this concern, then the worries of GAD would also disappear. By learning more about fear and anxiety in the brain, scientists may be able to create better treatments. Researchers are also looking for ways in which stress and environmental factors may play a role.

What are the signs and symptoms of GAD?

A person with GAD may:

How is GAD treated?

First, talk to your doctor about your symptoms. Your doctor should do an exam to make sure that an unrelated physical problem isn’t causing the symptoms. The doctor may refer you to a mental health specialist.
GAD is generally treated with psychotherapy, medication, or both.
Psychotherapy. A type of psychotherapy called cognitive behavioral therapy (CBT) is especially useful for treating GAD. It teaches a person different ways of thinking, behaving, and reacting to situations that help him or her feel less anxious and worried.
Medication. Doctors also may prescribe medication to help treat GAD. Two types of medications are commonly used to treat GAD—anti-anxiety medications and antidepressants. Anti-anxiety medications are powerful and there are different types. These side effects are usually not severe for most people, especially if the dose starts off low and is increased slowly over time.
Antidepressants are used to treat depression, but they also are helpful for GAD. They may take several weeks to start working. These medications may cause side effects such as headache, nausea, or difficulty sleeping. These side effects are usually not a problem for most people, especially if the dose starts off low and is increased slowly over time. Talk to your doctor about any side effects you may have.
It’s important to know that although antidepressants can be safe and effective for many people, they may be risky for some, especially children, teens, and young adults. A “black box”—the most serious type of warning that a prescription drug can have—has been added to the labels of antidepressant medications. These labels warn people that antidepressants may cause some people to have suicidal thoughts or make suicide attempts. Anyone taking antidepressants should be monitored closely, especially when they first start treatment.
Some people do better with CBT, while others do better with medication. Still others do best with a combination of the two. Talk with your doctor about the best treatment for you.

“I was worried all the time about everything. It didn’t matter that there were no signs of problems, I just got upset. I was having trouble falling asleep at night, and I couldn’t keep my mind focused at work. I felt angry at my family all the time.
“I saw my doctor and explained my constant worries. My doctor sent me to someone who knows about GAD. Now I am taking medicine and working with a counselor to cope better with my worries. I had to work hard, but I feel better. I’m glad I made that first call to my doctor.”
NIMH publications are in the public domain and may be reproduced or copied without permission. NIMH encourages you to reproduce them and use them in your efforts to improve public health. Citation of the National Institute of Mental Health as a source is appreciated.

I took my sick kid to the dr today. She was screaming in pain so she wouldn’t let me bathe her or brush her hair and while I’m okay with that since I barely care sick or not about my own hair and stuff…You get to this posh office with all these parents who are so together and their kids look like shiny new cars all polished and pristine…I felt like a shit mom and I was good and pissed off and ready to snap. YOU spend the night with a kid spewing from both ends and see how well rested and organized you are.

Oh, wait, some of them probably did spend the night like that and still managed to do better than I can at my best.

She has a dual ear infection again. The nurse told me it was bacteria trapped from her not blowing her nose properly. THEN in comes the uppity doctor who says it’s all cigarette smoke, that’s the only cause of ear infections. Even if you smoke outdoors,it’s still on your clothes and breath so you get it on your kid and make them sick. Odd how my mother smoked around us and we didn’t get ear infections. They change it to something new every decade or so. Except smoking’s been blamed for everything for 20 years now and it’s gotten old. I wonder what the cause is for kids who don’t have bad parents who smoke. Maybe mom uses PineSol and the fumes are bad for kids….

My kid then  made this miraculous recovery. “I want ice cream.” “Take me to see Grandma.” “Give me this.” “Go here.” She’;s a dictator and I tell her no but she still pulls that shit. And it makes me feel like a fucking prisoner. I feel held captive by my controlling 4 year old (On the next Maury!)

Got her home and she tried eating…And became Linda Blair, minus pea soup. Can’t even keep water down. And I am trying to be empathetic because I feel (or would if lithium let me) empathetic…

THEN the landlord’s wife, who hasn’t shone her face here in FIVE years, suddenly has taken an interest in the property and put on this polite “Oh, look at the pretty kitties” speech before telling me to have my cats hauled off and stop feeding any that hang around. Five years I’ve been here, not a word said, and now this woman parades in and makes edicts. Most of them are feral, the shelter won’t find them homes, they’ll be put down so don’t stand there and pretend you care, bitch. I hate when people butt in and disrupt my status quo. Some of those cats were here when I moved in, for fuck’s sake. She even suggested I put the ones that are mine back indoors, because re-potty training them is so easy. Never mind them destroying the inside, let’s not have them outside. It looks tacky. FUCK OFF AND DIE.

I was already down and my angry paranoia on overdrive, but the day has just chipped away at every vestige of sanity I have. I am more depressed now than I was six months so fuck you Viibryd, and how well I handle the ups and downs and stressors depends on my mental state. So…

I’m flying apart and mental shrapnel is everywhere. Plus the anger, it’s overpowering, I just hate everything violently.

I am supposed to register her for kindergarten tomorrow.I can’t send her to school spewing. I can’;t get anyone to come watch her cos they don’t want to risk catching the flu. So tomorrow is fucked before it’s even here, my hands are bloody well tied.

My writing has been shit. I can’t look at my cats without blinding rage because they make me think of that woman. I can’t enjoy a smoke because the doctor’;s in my head telling me I am a bad mother and enjoying that cigarette is going to make koala embryos sick, too. Okay, my brain is overloaded and being stupid but still.,…

this day has been shit.Hopefully my kid feels better by Wednesday because I don’t think mommy skipping the shrink appt is a good idea. I think I need it desperately.