The Wellbutrin Experiment and Other Side Effects

Well, that shoots that theory in the butt—all my thyroid tests came back totally normal. This is good news, because I really didn’t want to have to take yet another pill, but it also buries forever any hope that there might be a medical explanation for my mood swings. Not that it would’ve changed my original diagnosis—I don’t think anything could change that now— but it might have made treating it a little easier.

The trouble is, there also appears to be no medical explanation for my cold intolerance and the fact that I am losing hair by the fistful. Actually I have been for quite some time…..like shortly after I started on psych meds. (The cold intolerance started way back when I went through menopause—the hot flashes must’ve knocked out my thermostat for good.) Two of the drugs I take have hair loss listed as a side effect, and sometimes I look at my hairbrush or pull hair out of the bathtub drain and wonder how it is that I am not bald. But I’m clearly not, even though my long hair is much thinner than it used to be.

Side effects. I could write an entire book on this subject. Hair loss, brain fog, itchy skin, sedation, dry mouth, blurry vision, increased appetite, weight gain, tremors, headache, memory loss……these are only a few of the unintended consequences of bipolar medications. (They’re also the ones I personally have experienced.) In the words of Don McLean: you have to suffer for your sanity.

My current regimen isn’t too bad; I’ve actually gotten used to being itchy, drowsy, stupid, and shaky. OK, I’m kidding a bit—since I’ve gotten straightened out this time, a lot of the mental fuzziness and the lack of focus have gone away and I’m functioning at a higher level than I have in many months. Who knew? And the timing couldn’t possibly be better: I start my new job on the 6th of next month.

Seriously, the side effects I’ve experienced are NOTHING compared with some of the horror stories I’ve heard from people on the support forum I frequent. One person gained over a hundred pounds on Zyprexa (which I totally believe, because I gained 20 in the first five minutes I was on it back in the summer of ’12). Another threw up continuously for the four months she was on Geodon (the AP I’m taking); still another slept an average of 16 hours a day on Seroquel. And that isn’t even the tip of the proverbial iceberg!

My own worst side-effect story is the Wellbutrin experiment back in the summer of 2011. I asked my primary care doctor for it since Paxil had long since given up the ghost and I’d already maxed out on the dosage. And like any good internist with an RN for a patient, he gave it to me, figuring I’d done my homework (I had, except it never occurred to me that I was bipolar and shouldn’t have been taking antidepressants at ALL without a mood stabilizer).

It didn’t take too many weeks on Wellbutrin to learn that it made me irritable, angry, and hyperactive. So I stopped taking it, thinking I’d be able to ride out the depression without ADs, only to relapse into a weepy, shuddery hot mess a couple of months later. Back on the Wellbutrin I went……and this time, it was a disaster. I was storming around work and home, full of rage and manic as hell without realizing it, plus I developed a pretty severe case of paranoia which drove me to thinking that people were out to get me fired or harm me in some other way.

Then one day my co-worker was telling me how badly SHE had reacted to the same drug and that she’d had to stop taking it because, as she put it, “it turned me into a raging bitch”. I put two and two together, and when I called my internist to report my issues with Wellbutrin and ask for yet another AD, I was told that I’d have to agree to a psych consult if I wanted him to prescribe anything further.

Needless to say, I was more than a little unhappy (“I’m not crazy, Doc, I’m just having some really bad mood swings!”). And when I found out I’d been referred to an actual psychiatrist instead of a psychologist or therapist, I was LIVID. But as we all know, it turned out to be one of the best things that ever happened to me……and the rest, as they say, is history.

So yeah, I’ll put up with a little itching and a few thousand less hairs on my head. I can spare them. Much more importantly, my current routine works—for now—and when it’s not broke…..well, you know.

The Silence is Deafening

Reblogged from Albator is Dead:

Calamity Rae courageously outed the mother who subjected her to hideous forms of abuse. I salute you, Calamity Rae, and I take you as one of my guides on my journey to health as an Adult Survivor of Child Abuse.

Let There Be Lights 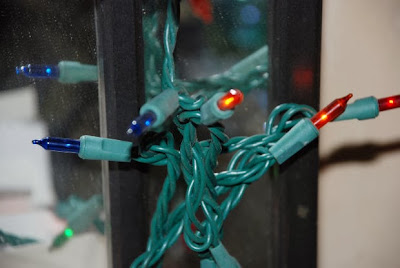 I did not decorate for Christmas.  However, it’s relatively festive around here, what with my mood swings flashing as quickly as Christmas lights, from dark to neon to dark to neon…
Who knows, I may still put up a small tree before The Day of Presents arrives.  I was so very thankful for a surprise bonus from my fiance’s boss that consisted of a $100 gift card.  While it’s true you can’t buy three kids much with that amount, it sure beats nothing!  I think they will be happy with the purchases.  If not, we have not taught them enough about gratitude so shame on us!
I am feeling pretty good at the moment, waiting for the neon to turn back to darkness.  My darkest moment today was when my ex-husband told me the girls didn’t want to spend this weekend with me since they are spending a week with me after Christmas.  Being told your kids don’t want to see you…stings.  A lot. But I tried to turn all that pain around into something productive, which I expressed in my last post about finally forgiving myself.  My internal Christmas lights have flickered bright and dark a million times since that post, but I have not lost my determination to make good on my word.  I have also decided to follow through with my plan to dedicate 2014 to completing one of my books.  I have chosen my memoir to put the full effort into.  I have been putting off its completion because I always think I’m not ready, that delving into those memories will hurt too much.  But in reality, I wear those memories around my neck, quite tightly, on a daily basis.  To write it all down and get it over with can only help at this point.  Perhaps it will present some form of closure for me.  If nothing else, it will provide something for my daughters to read when they get older, when they are ready for all the darker details I have fluffed over in my talks with them.  If they want to know what happened to the mom they knew, then I want them to know every part of it.  While I hope this is never the case, I know there is a chance that at least one of my children will inherit mental illness from me.  My understanding will be imperative to them.  So I will aim for whatever painful honesties I have to shed from my being to write this book.  If it could help them one day, if it could explain things I have been unable to with my mouth, then it will be worth it.

The Kindness Litmus: How You Treat Your Waitress

How much you tip your waitress usually reveals more about yourself, than about them…