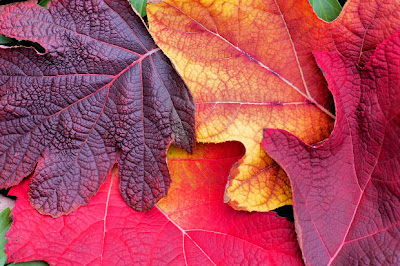 There is blue Play-Doh stuffed in the crevices of my shoes.  This realization has canned the subject I signed on to write about.   How did this mysterious Doh get there?  If only my two year old could talk.  I’m sure he knows a thing or two about it.
Motherhood has been bringing me more joy than woe lately.  I’m not saying I have not been extremely frustrated at level 12 on a scale of 1-10 on almost an hourly basis. I have.  But I have had some very sweet moments with my son as well. He loves giving snuggles and kisses, for one thing.  So even after he has thrown a bowl of cereal across the kitchen, refused to help clean it up, and screamed through a time-out, he can still melt my heart afterwards by giving me that tear-stained smile that says “I love you even though you were mean enough to make me mind you, Mommy” and it reminds me how blessed I am to have him in my life.
And just then, he shut down the computer…good thing those two previous paragraphs were saved!
As far as mental stability goes, it blows.  I go from extreme distress where I am desperate enough to call my old psychiatrist and make an appointment (tomorrow, always tomorrow) to feeling quite well and content, sure that I will be alright without any help at all from a doctor.  And of course this flip flop of perspective is common for me (anyone who has read half my blog knows that, and certainly the people who know me in real life are sure of it) but whether new drugs or a new therapist would help rectify the problem, I don’t know.  I lose my faith in psychology fairly often. Sooner or later, I always come back to my senses, renew my gusto to try, try just a little more.  But I’m still not feeling it for now.  After eight years of try this med, try that med, I’m not sure any of it is a right fit for me. But of course, stability is a must for me.  I have a young son to care for, two older daughters who need me as well, and I would like to be more of a joy than a wreck for my fiance to be around as well.
Honestly, taking a break from my Facebook page has helped a lot.  I was obsessing about it way too much, checking it every few minutes, searching for new content, creating new content, answering private messages concerning dislike for the content, etc.  Don’t get me wrong; I enjoy doing the page, and I do hope to ease back into it soon, but it’s been a relief not to have that responsibility the past few days.  I have actually had time to read!  And oh how I love to read.  It’s that hobby that always gets shoved to the corner.  We go to the library nearly every week and I almost always get a book or two for myself, but almost never read them! So it’s nice to do more than just glance wistfully at them from across the room, to instead actually open them up and escape into another writer’s mind.  It’s been too long since I allowed myself that enjoyment.
I have also exercised this week. Outside! Wow!
To sum it up, it really is the little things in life that add up to the most in terms of good mental health.  Yes, many of us need the medication and/or the therapy.  I am not saying those things are not important.  But just as crucial are the activities we fill our days with.  Who we spend our time with and how we spend it matter.  A lot!  I am thankful that I have had a few days to focus on things that bring me happiness.  Like my son, reading, breathing in the Autumn air.  I don’t want to be a slave to the computer, or to my thoughts.  I hope I can hang on to this sensibility and not lose sight of it again.
And now, I am off to clean my shoes!

To most of you, having to be somewhere at 10 am might not seem like a crisis.  Far from it.  Many of you have “real jobs” and have to be there at 8, or even 7, in the morning.

I have never been a morning person.  If I’m up at 7, it’s because I’ve been working since 4 pm the day before.  I have always crafted my jobs that way.  Since I don’t sleep anyway, it works out for me.

But.  The “not sleeping anyway” part turned out to be part and parcel of my bipolar, so in the end it contributed to my professional downfall and eventual total disability.

Now I do sleep, thanks to the handful of drugs I take at bedtime.  And those drugs take at least 12 hours to wear off.

But today I had to see the orthopedist about the crunching noise and pain in my right shoulder, due to the fall I took on September 9 in Israel.  The shoulder bit was part of the damage incurred in the fall that also gave me a nice concussion and a scar that runs from my elbow to my wrist.  Very nice.

So I managed to drag my sorry butt out of bed at 8, and got to the orthopod’s office right on time so I could wait another two hours during which I could have been asleep in my cozy bed.

Once again, I chose not to disclose my mental illness or medications on the intake form.  It has been my unfortunate experience that once the medical personnel see that one has a mental illness, they immediately assume that one is a drug-seeking crank.  So I have adopted the policy of disclosing on a need-to-know basis, and they didn’t need to know.  So much for abolishing stigma in the field of medicine.

The ortho examined my shoulder and of course cranked it in a way that caused me to say (actually scream) bad words, but judging by his non-reaction I guess he hears a lot of that.  He confirmed my impression that something is going “crunch” and “clunk” in there–never a good sign.  Then he proposed injecting it with steroid.  I proposed that we get an MRI before performing any interim treatment measures.  I hate to deprive him of an extra procedure charge to Medicare, but hey, I didn’t go to med school for nothing.  My motto is “first diagnosis–then treatment.”

So he good-naturedly signed me up for an MRI, to be carried out sometime in the next few days.  And he wrote me a script for some pain medication that is way, way too strong for me.  He was astonished when I asked for a specific med that is much less potent, and hesitated to write it for me because he thought it wouldn’t be strong enough.  I told him that if it wasn’t, I could always take a Tylenol with it.  So much for drug-seeking.

My next stop was the Subaru dealer.  Ever since my car was stolen and wrecked, careening into four other cars before running off the road, and despite the extensive repairs that had it in the shop for over a month, the steering has been squirrelly.

In the US, I live in a mountainous area.  Squirrelly steering is just not OK here.  In fact, it could mean the difference between staying nicely on the road and plunging down a rocky ravine.  So I took the car to the Subaru dealer where I bought it, on the advice of the insurance adjuster who has been allegedly supervising the resurrection of my 2011 Subaru.

The dealer’s mechanics also thought the steering was squirrelly, but they refused to fix it because they were not the ones that did the original work.  The shop that did the original work is a body shop 2 1/2 hours away, that deals in American cars, not Subarus.  Why the body shop was allowed to do the mechanical work (the entire front end was caved in in the wreck), I will never understand.

So I asked the service manager at Subaru to please call the insurance adjuster and tell him that they also thought the steering was squirrelly but that they refuse to fix it because somebody else did the original work.

So now I am faced with a fair probability of needing surgical repair on my bum shoulder, and further surgery on my bum car.  Quite the pair, we are.

And just to sweeten the pot, I got a summons for jury duty.  What a day.

Am I bipolar or am I just lazy?

All I seem to be saying to myself at the moment is "I don't know and I don't really care". Probably because I really don't ....know that is. I like to think I still care. I'm in a bit of a mess but I don't have a clue what to do about it. I don't feel that bad, I just don't really feel anything. I don't feel particularly depressed and I'm certainly not manic. I don't know what I am. I can't seem to get myself motivated. I feel tired during the day and wide awake at night. I feel like I need a really good cry or a really good laugh but I can't even do that. Nothing really excites me or gets me going at the moment. I hate to say it but I'm bored and I can't think of anything I'd like to do that would alleviate the boredom. I have snippets of a more upbeat mood where I imagine a whole host of things I'm going to do but when it boils down to it, it's as much as I can do to get up in the morning. I feel like I'm stuck in the middle of nowhere. It probably seems like I'm being nothing more than lazy. I worry that it's me and I'm just a useless lazy person but I know deep down it's not like that. I'm not a naturally sedentary person. I'm not naturally apathetic and unsociable. When I'm really well I have a zest for life. My mood at the moment definitely isn't the norm for me. I guess to say that bipolar has only two moods (manic and depressed) is very misleading. There are a whole range of moods and right now I'm somewhere in there, just not sure where! I guess I have to take each day as it comes, try to have a least one thing planned every day and hope for the best.

My Lilbit has been sick the last couple of days, and I think that it’s caught up with me. At least, I ended up crawling back into bed for a few hours, so that’s something. Hopefully I’ll perk up a bit later, but for now? Time to hug my can of Dr. Pepper and try to belatedly start my day.

The post What Goes Around… appeared first on The Scarlet B.