What the fuck is going on?

Posted on October 8, 2013 by Lynn Browning | Leave a comment 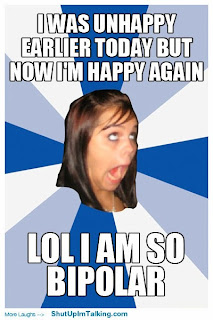 I'm very aware that my mood is all over the place at the moment, which I'm thinking is a good thing (that I'm aware not that it's all over the place!), yet I feel scared that I'm not 100% in control of it. I feel very uneasy and very insecure. I don't know what the fuck is going on.
On Saturday I spent the evening with one of my best friends. I don't know why but the minute I saw him my mood went from flat to just plain daft. I was suddenly overcome with the urge to laugh and act stupid. I felt odd and I felt like I was coming out with some pretty random stuff. I don't really know if I was.When I'm with him I know I can be myself, whatever mood I'm in, yet I felt very awkward. It did take me by surprise because lately I haven't really felt any emotion. To suddenly feel excitable took me by surprise. What took me by surprise even more was how miserable I felt when I left. I cried all the way home. When I got home I texted him some waffle about how stupid I was. When he didn't text back I cried again. I felt so cross with him. How dare he just ignore me. Of course he wasn't ignoring me at all. That's how I am at the moment. Most of the time I don't really feel anything then bam I'm suddenly feeling ecstatic or miserable as sin or really cross or really irritable. I'm finding this hard to deal with. I suppose I'd describe my mood as labile. I get ridiculously upset over something one minute then I couldn't give a shit. I haven't slept in my bed for the last few nights. I don't really know why. It's just something I sometimes do. That's always a sign that things aren't quite right. One minute I feel exhausted and the next minute I'm wide awake.
Yesterday I went shopping. I knew I didn't have the money yet I spent a fortune on things I didn't need because it gave me a buzz. I just wandered around the shop picking up anything I liked the look of. It felt good. I knew exactly what I was doing yet I still did it. I even tore up the receipts so I couldn't take stuff back. I need to sort my finances out but I'm just ignoring it. Part of me is scared of what I'm going to find, another part of me just can't be bothered. What's the point?
Today was even more odd. I had to go to the doctors and even though I was trying to be serious and explain to him what the problem was I couldn't stop laughing. Every time he said something, in my mind I turned it into something rude and hilarious. I felt like such an idiot. It seems like whenever I see someone or talk to someone at the moment I turn into a giggling schoolgirl. I spent the rest of the day with my best friend and it was great. We had such a laugh but even she commented that I was "high as a kite". By the time I left hers I felt exhausted. I still drove home like a lunatic with my music so loud it was distorted. I know I was driving dangerously and way too fast but I just couldn't help it. For some reason I thought it would be fun to scream all the way home as loudly as I could so much so it made my throat hurt. I just felt it was something I needed to do.When I got home I cried again because I done something so ridiculous. I feel ok now but I've already made my mind up I'm not going to bed. I'm far to fidgety and restless. Now I'm worrying that everyone I've seen today thinks I'm just a loud mouth stupid cow. I've also got sex on my mind, almost constantly. As I haven't got a partner of any description at the moment it's really frustrating. I'm really not liking this mood at all.
I am seeing my care coordinator tomorrow. I hope she can help me work out what's going on.  That's if I tell her everything. She'll probably think I'm stupid too.

Well I saw her just now. The minute she walked in I burst out laughing. I couldn't help myself. I tried to be sensible and explain the best I could but it was so hard to try and concentrate. I found it virtually impossible to be serious yet I know it is serious. I know if I'm not careful I could become seriously unwell and as hilarious as things seem at times, I really don't want that. She's concerned that I'm "a bit high" but not overly concerned as I still have insight into what I'm doing. She said all the things I am doing are signs that I could be heading towards a manic phase. Of course I do know that.   She gave me a lecture about banks and condoms and keeping myself safe. I'm nearly fifty for fucks sake. Do I really need a lecture? I'm not sure I was really taking it in. I promised that I would call her if I felt things were getting worse. I also agreed to talk to my best friend and ask her to ring on my behalf if she thought it necessary. She's coming to see me again next week and I have an appointment with my psychiatrist booked. I'm lucky to have so much support. I'm trying hard to stay in control but there's only so much I can do. I guess I just have to ride it out, try not to get into any trouble and hope for the best.

She Had a Lot of Nothing to Say

Literally, nothing. I’m just sort of off in thought today thinking about some news I received. It’s nothing bad, but I’m best suited to sitting back and thinking about it rather than talking about it. For now.

The post She Had a Lot of Nothing to Say appeared first on The Scarlet B.

The Time has Come the Walrus Said…

Posted on October 8, 2013 by Lizzie C | Leave a comment
To Stand Up and to  Make a Difference. I thought that time was a long time ago and  isn’t that what we should be doing all the time? Eh.. well we […]

Just Finished a New Book About How To Manage Bipolar Symptoms

I am sure that most people in the Bipolar world have heard of Julie Fast. She has been living with …

It got cold overnight. I went to bed early, but still…Fell in love with the snooze button cos it was too cold to get up. Woke at 8:05, went into full panic mode. Got my kid to school with 0  mins to spare. Panic attack first thing in the morning never bodes well.

Also it means the abrupt change from 90 degrees on Friday to mid forties has my seasonal affect disorder kicking into overdrive.

Morning was uneventful. Picked my kid up. Decided it was time to finally buy food. Went to a different grocery store than usual, the one that is closer but has such long lines I loathe the place. Figured lunch time would be slower. I was wrong.

My kid was bouncing off the walls disregarding everything I said.

This irritating neighbor lady who’s always hitting me up for rides hit me up for a ride, which made me feel rushed to buy my stuff since she was done and waiting.

It just got to be too much. I panicked. It was all I could do to get out with my stuff paid for and my kid in tow. I didn’t even return the cart to the corral and I know that makes me evil but I…couldn’t do it. And I couldn’t make room for the neighbor and her stuff and she seemed to think I was obligated to do so, which caused me more anxiety and my kid was just being a buttmunch and…

I don’t know how I avoided a screaming mimi.

Then  had a quiet afternoon. Until school got out. Then it became crazy again with the demon girls.

Then the kids took off to play elsewhere and hurt my kid’s feelings.

Days like this are just too much. I want a warm shower, clean jammies, and about eight hours in the dark zonked out. I have had a headache all day and Tylenol’s barely making a dent. ENOUGH.

This too shall pass.

God, I hate cliches even when they are true.

Because until it DOES pass I feel like my brain is clawing its way out of my skull. 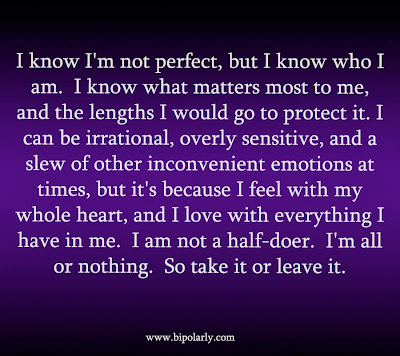