Government Shutdown: What it means to me as a citizen

The government of the USA has a Congress that consist of 1 The House of Representatives (The House) and 2 The Senate. The house and senate are both filled with Republicans and Democrats but Dem. are in control of the Senate and Republicans control The House. The small group of Ultra right wing(tea party radicals) Republicans are influencing the Republican House want to get rid of Obamacare or ACA. To do this the House has at the last minute decided to reject increasing the federal deficit if Obamacare is not delayed a year. The Senate has to okay this vote by the radical Republican controlled House and the Senate is killing and saying NO to changes. They have had enough time to work things out. So the Changes are then repasses the very thing the SENATE just killed. I is a game of ping pong (Stop Obamacare or we wont raise the debt ceiling) but since the USA government is refusing to work with each other the Federal government has Shut Down. That means the employees of many federal operated branches will be made to take off work. 800,000 federal employees were not allowed to go to work without pay. Zoos are closed, the FoodDrugAdministration is closed, The people who write the paychecks to our military are closed, NASA, and other very important things are closed. The people are very mad, but the new enrollment into Obamacare started today and so many inquiries have been made that the website crashed. lol The people want everyone to have healthcare. Obamacare may not be the best and may need to be changed later but no one knows for sure yet.

WHAT DOEs THIS MEAN FOR ME the USA citizen

It will no longer have citizens that can’t afford healthcare. But you will be fined if you do not get coverage but if you are poor we will give you a tax credit for the full amount you aid back but you have to prove your annual income first. I am happy to have obamacare. It has worked well for me. This is me, but backwards. At work, I’m vibrant, smiley, and fun. The lie.
At home, I’m nasty, unhappy, cold, and serious.
I know that isn’t a bipolar trait, but it is…

So… “A new type of brain scan that measures blood flow in the brain may be able to help better diagnose bipolar disorder at an early stage and further distinguish the disorder from depression, according to a study conducted by researchers at the University of Pittsburgh.”

How awesome, but HOW SCARY. Do you really think this can happen, and if they can tell now, what else can they tell…? 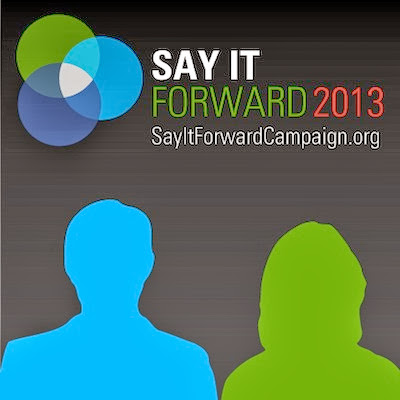 The International Bipolar Foundation and the Depression and Bipolar Support Alliance have dedicated the month of October to the Say It Forward Campaign. It is an attempt to reduce stigma by educating through means of social media about mental illness.  Be sure to check out the site for ways you can join in the campaign.
Being open and honest about having a mental illness is one of the hardest things I have ever done.  The only thing harder was keeping silent.  It ate me up inside for many years.  Even after I sought treatment, I still tried to remain very hush-hush about what was going on inside my head.  Unfortunately, many of the symptoms of my illness made complete secrecy impossible.  Still, I didn’t want everyone to know my business!  It caused a lot of anxiety for me, and that anxiety doubled as rumors about me began spreading throughout our small community.  I felt like the spotlight was on me, and all I wanted to do was hide.  I didn’t want the people who had always known and loved “Normal Amy” to know I had mental issues.  I didn’t want them to know about my suicide attempt, the downfall of my marriage, my inability to take care of my children at the time.  It just didn’t seem fair that I had to deal with having a mental illness and on top of it deal with people’s nosiness and ignorance. It just wasn’t fair!
Roughly two years ago, I made the big decision to attach my real name to the blog I had been keeping throughout my diagnosis and treatment of mental illness.  I deleted most of the old posts and began anew, vowing to do my part to reduce stigma by opening up the darkest part of my history.  I didn’t know what to expect.  Would everyone shun me?  Well, some people had already, so I was used to that, right?  Would it make me look stupid to talk about this stuff?  Would they think I just wanted attention?  Would they even believe me?
Through this blog and my Facebook page I have shared a lot of details about what I have went through.  There are some things that I don’t get specific about because I want to protect my children and other people involved, but for the most part I put it all out there, and every time I click “Post” I get a little queasy.  I think this is it, this is the time I have went too far and told too much. But then I get a kind comment, or a heartfelt email saying “thank you for what you are doing.  You have made me feel less alone”  and I know what I am doing is worth it.  I am just a small person in this vast world, and it’s hard to feel like I could possibly make any size of impact on something as hefty as stigma.  But all of our small parts add up to a large part of what brings communities together in the fight against mental health ignorance.  And the reduction of stigma leads to more people seeking help, less people feeling ashamed for an illness they didn’t ask for, and more understanding from those who know us.  Some minds will never be changed.  I call those the closed ones!  But our efforts will change something, and we all deserve that nudge in the right direction.