Last week was beyond horrific from a mental standpoint. My mind was so messed up I basically shut down. Aside from child and pet car, I didn’t engage at all. I was angry, flying off the handle, teary, depressed, all of it simultaneous.

Then I saw the shrink. We’re trying Lexapro now. She thinks I have a strong disposition for bipolar 2 because of the manic episodes set off by anti depressants.

Which is awesome because my new counselor, who is all of 27 and soo full of experience, has decided my diagnosis is leaning toward borderline personality disorder.

Something I had asked the former counselor about numerous times and she said she absolutely did not believe I was because most of my symptoms were standard issue bipolar and those that aren’t are part of the rapid cycling/cyclothymia.

It’s like this girl barely out of school is trying to invent the wheel.

Proof she didn’t read my file is she asked me why I think people don’t like me. Had she read it, she would have seen how I was ostracized and bullied every day for 7 years so I have been programmed to believe it.

No, it’s just some delusion I cooked up because suddenly after 20 years and ten therapists and shrinks, THIS genius has it all solved.

I keep telling myself to calm down, keep an open mind, stop acting like borderline with the overreaction to something I simply disagree with.

Thing is, after doing some research EVERY EMOTION WE HAVE AS HUMANS IS A DISORDER BECAUSE TO NOT BE A DISORDER YOU HAVE TO FEEL NOTHING STRONGLY.

I am pissed off, and I don’t think it is without justification. This counselor has seen me 3 times, and two of those were an intake and assessment. She has spent zero time talking to me in depth. But she’s got the label ready to stick in my permanent record.

That’s hubris, to me. Arrogance.

And ya know, if everything that’s wrong with me is my personality, how the hell am I ever gonna work on it when she only sees you for fifty minutes every two to three weeks?

I am thinking about dropping out of therapy. It’s pointless. It’s actually confusing me more, because every time I think I have a diagnosis to work from, some genius comes along and plants seeds that it could be this, or that, or…You get the idea. I am frustrated.

And disgusted to put all these meds into my body, allow my identity to be scrutinized and picked apart by strangers…AND NONE OF THEM CAN AGREE BECAUSE NONE OF THEM HAVE A CLUE.

Not even gonna try regulating indignation. Would invalidate being indignant, ffs. But wait, being angry about something that makes me angry is probably a whole new personality disorder.

AND HOW WAS YOUR WEEK?

“People often say “Just look for the silver lining.”  But what do you say to the person surrounded by fog?  They don’t see a fluffy object in the sky, blocking the sun for a moment or two.  But instead, they see everything as it was before, but through the murky, un-clarity of hopelessness.  As if they were standing at the bottom of a grimy lake except able to breathe.  But not wanting to because with each breath they grow numb from the cold loneliness.  What if they’re surrounded by a dreary blanket of darkness, made up of their own thoughts, too impenetrable for any light to break through?  So what do you tell that person who, as far as the eye could see, only sees fog?  A place where there is no silver lining peeking around the corner.  Imagine a place where your only companion is the confusion you walk around with.” 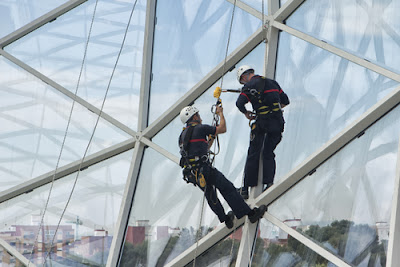 There are many triggers for depression. These include stress, lack of sleep, certain medications, alcohol or drug abuse, trauma and so on. Some people seem more susceptible to stress than others and research has found that one group apparently has an elevated risk – those who are injured at work.
Although empirical evidence is still limited, it appears that occupational injury leads to an increased likelihood of depression. According to a study published recently in the online medical journal BMC Public Health, 5.5% of workers injured on the job later suffered depression, against 4.7% of workers injured away from work and 3.1% with no injuries. The study also found that, the heightened risk of depression aside, the likelihood of the onset of depression increased as the length of time since the injury increased.
Studies have attributed two possible explanations for the increased likelihood of those suffering depression after a workplace injury than after a non-workplace injury:
1. An injury at work might result in reduced quality of life and lower socioeconomic status. Occupational injuries are often severe and the physical impairment and reduced income combine to increase the possibility of depression.
2. Those injured at work often have to go through an inquiry to find the cause and attribute blame. Employers and insurers may be unwilling to accept responsibility, meaning that the injured worker has to face additional stresses.
The most at risk of stress are those who have suffered life-threatening injuries or injuries that have caused disfigurement, but the onset of stress often remains undiagnosed or undetected for a considerable time. This can result in chronic anxiety, depression, substance abuse or somatic illnesses (those with physical symptoms but no biological cause).
As with all stress-related illnesses early intervention is crucial to recovery. Given the elevated risks of depression after a workplace injury, a timely assessment of the injured worker will allow strategies to be put into place that will obviate the risk of later problems. In the long term, this will have benefits both for the company itself and for the worker and his or her family.
The relationship between depression and workplace injury has only relatively recently come under scrutiny – first recognised since the 1970s when the link between occupational hazards and post-traumatic stress syndrome was established. Armed with new knowledge, occupational health practitioners will be able to become more effective in the prevention of stress and depression in the wake of workplace injuries.
Presently, however, injured workers may continue to struggle with depression or other emotional problems. For them early depression treatment is vital if their condition is to be controlled and they are to achieve full recovery before it seriously impacts on their lives.
This article was written by Alexander Thornton an expert in Mental Health and Addiction based in the UK.