Posted on September 7, 2013 by Lynn Browning | Leave a comment
Today I'm feeling like I have no idea what I'm doing or what I want out of life. I feel totally lost. My mind is racing. I keep going over the same scenarios again and again and again. I keep having the same conversations in my head. I can't get myself to shut up. I suppose it's better than being depressed but these thoughts are just another horrible symptom of bipolar, sent to haunt me. It's difficult to describe. They are thoughts that just won't be quiet. It's as if they're on a continually revolving circuit. It's hard to work out what's what because before one train of thought is finished the next one butts in and it all ends up in a jumble. It all happens so fast. It makes it difficult to concentrate because I can't blot them out. When I'm talking to people I know my mind is wandering . I'm trying to concentrate on what they're saying but the whole time I'm still listening to what's going on in my head. I keep going over things that I know damn well I can't do anything about.Some are about things that happened years ago, some about stuff that may never happen. If I tried to explain to someone what I was thinking about I wouldn't be able to. I'm tired because having all this crap spinning around in my head makes it difficult to sleep. Sometimes I think my head will eventually explode. Sometimes I try to drown it out with music. Even then I end up playing the same song . I've been playing the same track in my car for nearly three weeks. I know every word and every note. Is sort of comforting but also annoying. I can't bring myself to change it.
I'm sure it's because I'm feeling uncertain about so many things. It's because I feel unsettled about  my future.This last "episode" has really taken it out of me. 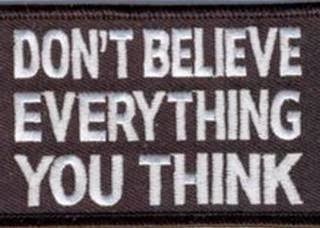