Posted on August 24, 2013 by Jenna Kahn | Leave a comment
Hey everyone! Today’s post is not mental health related, but I wanted to share something exciting from my life.
I moved in at college today!
My mom and dad drove me up to Towson this morning. Ben stayed home with his ankle propped up and watched the dogs. What a convenient time for a twisted ankle! Just kidding 🙂 I checked in and met my roommate right away, then we moved all my stuff into the dorm. Luckily our room is very spacious and comfortable. All of my things are put away, but not everything is organized yet.
I thought I’d give you a peek into my new space! 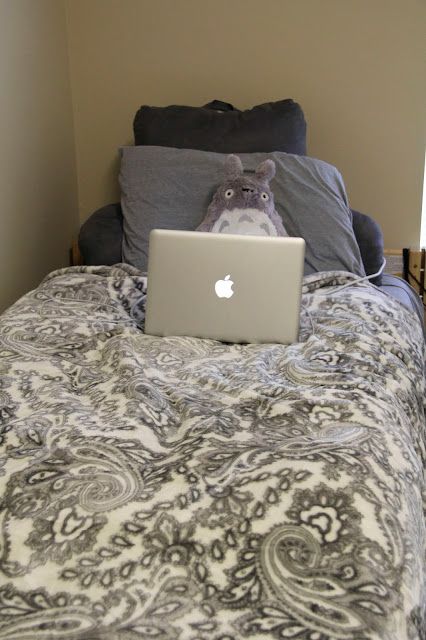 Totoro’s already hooked up to the wifi and surfin’ the intertubes. He likes that I took his color palette into consideration for my decorating. 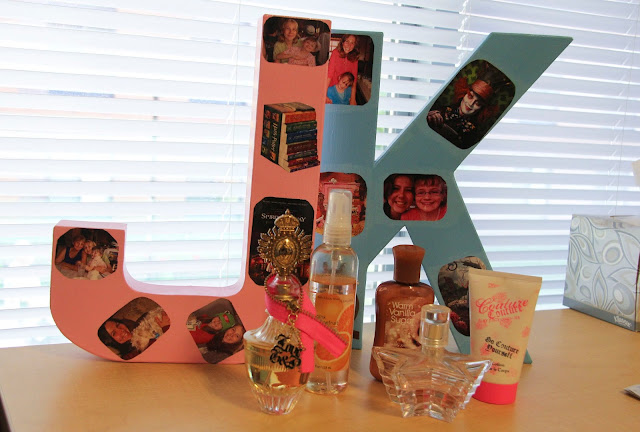 Here’s a view of the top of my dresser. My cousin, Becky, made me these awesome letters with pictures of my favorite things on them. They’re hands down the best decoration I have in my dorm. 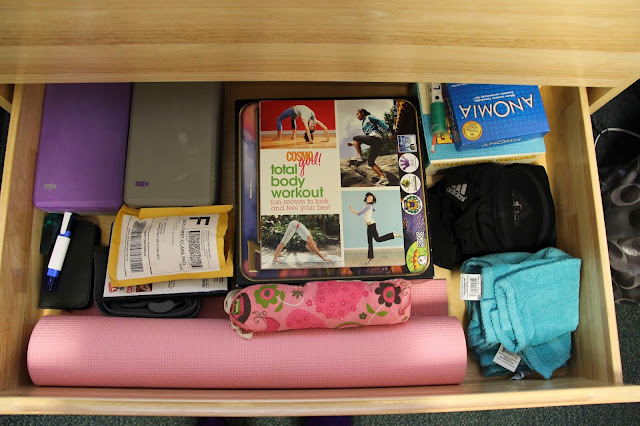 I hung up almost all of my clothing, so I had two extra drawers to fill with goodies. This is my fitness and games drawer. Yes, that’s 7 Wonders peeking out under the Cosmogirl! book. 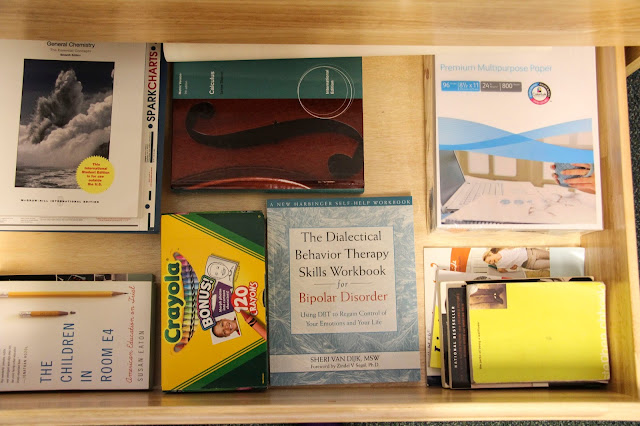 My bottom drawer is filled with my books, crayons, and paper. Shout out to Isabel for giving me The Perks of Being a Wallflower. I can’t wait to read it! (Also, 120 crayons are completely necessary). 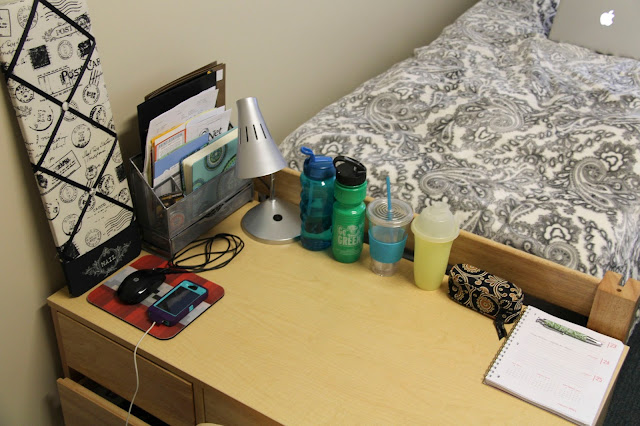 Here’s my desk. It’s the least organized part of my room. Do you think I have enough water bottles?
Thanks for going on my little room tour with me! I’m so excited to start this new journey. I’m also kind of on a mission to prove that people with bipolar can go to college and be successful! Wish me luck 🙂

First…I am not in any way mocking bulimia.

But when you think about it…mental illness is a sort of bulimia. We take our lumps day in, day out, we struggle, we crash, it’s a binge/purge cycle. At least it is for me.

This week has been hellish. My nerves are so frayed that I did a double dose of Xanax just to untangle the nerve endings.

Today was go,go,go from the moment I woke. Took Spook to school, hit a couple of yard sales, came home, fixed hamburger helper for lunch, fed and watered the cats, then out the door. Took Spook to my mom’s and I went into the shop for four hours in the afternoon. And I didn’t hate being there. I seriously hate daywalking, I seem to do soo much better in the afternoon/evenings. Guess I am nocturnal. He had me running errands all over town fetching fuses and such. As soon as I left there, had to go to mom’s for an alleged birthday party for my nephew. Except he never appeared, the party was for the kid of one of my sister’s friends who we aren’t eve related to. And I’m still going WTF, why did we have to be there for people we barely know and don’t much care if we live or die.

Then more errands for R, and finally to his house, for Spook to play with the granddaughter. I didn’t even run home because I did not want to be besieged by bratty neighbor kids. Spook was being an ass, talking constantly while he was trying to watch a movie, so I just cried uncle and we came home shortly before ten.

Then I had to get her ready for bed, tend to the cats, and finally, I got to sit down and take a deep breath.

I hate days like this. Some people thrive on that go-go-go pace. It kills me. I will probably be an aching lethargic zombie all weekend because the week has just been that taxing.

I went in for my blood draw for a Lithium level today. Haven’t heard anything so I must not be in danger of dying from toxicity.

The all too familiar anti depressant withdrawal “brain zaps” have begun. Pretty mild at the moment outside of the way they just strike randomly. Maybe they won’t be too bad.

Now…I think I am just gonna fall face first into a pillow and recharge. But I can’t relax anymore because I feel like those two bratty neighbor girls are stocking us. One day they showed up at before 9 am, we weren’t even dressed or anything. It’s on my last nerve.  My home was my sanctuary. Now I look for ways to go out and avoid it until I know they’re in for the night. I cannot believe I am being bullied by children. There is something seriously wrong with me.

I made a comment about how I can’t do this, things are starting to slip, the stress is breaking me…And someone said, “You are doing it.”

Yeah. Just like every other time in my life when I was managing. When I was able to “do this”.

So “You are doing it” means shit to me. I’ve lived my life hovering between the flip sides. The only consistency is that the shut down inevitably comes. Good intentions, strength, determination…None of it matters once depression swoops in. And by the time you see it coming, it’s too late, you’re in a hole so deep you can’t claw your way out.

I feel myself slipping, because the stress is just crushing me. Earlier, my kid was sassing me and the neighbor girl was basically shampooing S[pook’s hair with mud and neither of them would listen…And I muttered,”I am coming to fucking hate kids.”

And that’s how it usually starts.

So…I am doing it, keeping my shit together.

But I am living on borrowed time,knowing another cyclothymic shift is heading my way.

But right now…I am just drained.

So there…This post was my purging because all week I binged on stress and bullshit.

Time to do it all over again.

Posted on August 24, 2013 by Jenna Kahn | Leave a comment
The following post is a guest post written by my younger brother, Ben.
To see another post he wrote, click here.
My sister is a very interesting woman. She has an insatiable thirst for knowledge and incessant need to be the best, or so it seems. These traits are what I think led her to a long, ongoing relationship with Chris. Honestly, I didn’t care for Chris at first. I had seen him only once prior to actually meeting him, and it was in a short video where he portrayed an LDS missionary. I wasn’t sure what to make of him; he was very sarcastic, straightforward, and didn’t care what people seemed to think about him. He also wasn’t very polite to my parents which bothered me a little (he has changed since then). I was also protective of my sister, which doesn’t show very often, so I already had predetermined animosity towards any man in my sister’s life. As time went on, I noticed how relaxed my sister became around him. It was nice to see that after all those years of seeing her trying to impress her ‘friends’.
When Jenna hit her emotional equivalent of rock bottom, Chris stuck by her as supportive as ever. I think he was probably her biggest source of strength. Because of this experience, I will always have the utmost respect for him. I don’t know many guys, especially my age, who would stick by their emotionally unstable girlfriend once they even find out that they’ve cut themselves in the past. Chris stuck through everything. He was here for her literally every single day and then went to the hospital to see her when she was at her lowest.
Not to get too mushy, but Chris is honestly a very inspirational figure in my life. I now believe that if a significant other in my life was experiencing mental instability on an intense level, I could be there for them through it all. I think Chris has been a positive influence on my family. He gave me insight into a world that I knew very little about: the world of science. Through that world, I’ve become a a happier, and I believe, more intelligent and aware person. Chris has helped both Jenna and me, though perhaps the latter being inadvertent. Although he and I occasionally squabble, I hope he remains an important addition to our family.
***
Now here’s a creepy picture I photoshopped (poorly) of Ben and Chris because I don’t have one of the two of them. 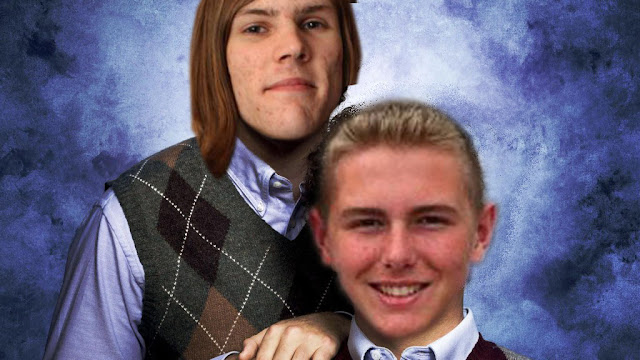 I’m considering having Ben write regularly (weekly or bi-weekly) for The Awkward Indie Girl. Even though we’ll no longer be living in the same house, he has almost sixteen years’ worth of memories to draw from. Would you be interested in reading?