As the day has worn on, and my kid has had her little friends over, all of them wearing out my patience…And my ocd brain going round and round on the “you’re irritating” thing…My anxiety has skyrocketed, and my mood is starting to decline. I cannot maintain an even keel for more than a couple of hours. THAT is irritating.

And yes, I am aware of the hypocrisy I am displaying by being so offended that R told me I irritate him when I have ranted about how he irritates me.

But then, he told me were friends and yet he treats me like little more than a competent but annoying helper monkey. THAT is what stings. Because I have asked point blank if we are actually friends or if he’s just utilizing me for his own needs..And that got his panties in a bunch, that I would think so lowly of him.

Yet here we are and there it is. My brain is not letting go.

Maybe because it hurts to be so damn honest with people and get nothing but lies in return, until I accept the lies as truth only THEN the truth comes out. Wouldn’t it have just been much easier to tell me how annoying I am in the first place? Or hurting my feelings some sort of sport for those around me?

God, I wanna slap myself for sounding so whiny.

The whole point is that my mood is slipping. I have actually been thinking about drinking, because alcohol is really the only thing that slows my brain down.

That makes me sad. Drinking isn’t a solution, it’s a crutch.

My focus is nil, I am restless, I can’t read or watch TV, my word game is boring me, I don’t want to do housework…I am in sit and stare territory again and I fucking hate it.

I really should have told the shrink I needed Lithium. Because then I would be too numb to feel any of this shit.

But alas, I decided to tough it out and I am the only one who really pays for it.

How can I not annoy others? I annoy myself.

The thorn in my paw is still throbbing

Still obsessing over what R said. “You irritate me to no end but you get things done.”

Instead of it dying down and fading away, it continues to circulate through my brain, poisoning my entire being, making me feel resentful, angry, used, disrespected, and not inclined to be  this way any longer.

But I did have sort of an epiphany.

My mood swings have always been an issue with him, but the one thing that has changed in the last few months that could affect my personality further is…I quit drinking for the most part. Which means I am more self aware and less inclined to not call a spade a spade as far as he is concerned. I guess I can see how someone who doesn’t enable him would be annoying.

Not that he will ever own an ounce of any of it. It’s always been my fault, always will be. And I am not really thrilled to spend any more time with someone so obtuse and self absorbed.

I have also been doing some observing.

I still have mood swings on weekends. It’s not just limited to being around people. I was starting to think maybe I’m not bipolar at all, maybe I am just too weak to handle interpersonal relationships.

But I still have the mood shifts, it’s not a trigger thing.

The thing is, being around people who don’t understand and make me feel guilty for something I can’t control…THAT is the trigger that takes the mood swings from “tripping down a step or two” to “dear God I am tumbling down the entire staircase.”

Guess I will have to learn to regulate it.

That, for the record, is sarcasm. Because the counselor and her “regulate your emotions” crap is another thorn in my paw.

What can I say, scumbag brain holds a serious fucking grudge.

Happy Father’s Day to those of you out there so inclined to celebrate!

There’s not much going on out this way. My husband received his card from Lilbit, we went to his parent’s house for a visit, and now we’re back home. I wish I could say that Father’s Day meant that my husband got a break, but alas for him, it’s just another day. Someday Lilbit will be older and less dependent. Someday, I’ll be a bit saner and in possession of more spoons. For now, he’ll just have to enjoy those moments where I can swing into action. I hope they’ll increase, ’cause the poor dear totally busts his ass ten ways to Sunday every single day.

Past that, I finished the first part of my first knit piece last night — you can see it to the left. It’s the back of a small person jumper/sweater, and part of the sleeves. It’s not perfect; there are any number of ‘Where did that come from?!’ holes in the weave. Still, I’m proud of myself — I’ve finally cracked knitting enough to actually try to make things. It’s a pretty good feeling. The remaining question is whether or not it’s going to be good enough to gift to a friend. I’ve got one in mind who I would love to surprise, but I don’t want to send her shoddy work either. I’ll have to mull on it and perhaps confab with a mutual friend or two before I make my mind up.

So yeah, back to knitting, and shedding copious amounts of snot from my face. I have no words for how grateful I am that I’ve not managed to snot up the yarn directly. I’ll definitely need to wash it when it’s done though, ’cause my head is chiding me for doing anything crafty while I’m shooting germs all over the place. Ah well.

The post Holey… Something appeared first on The Scarlet B. 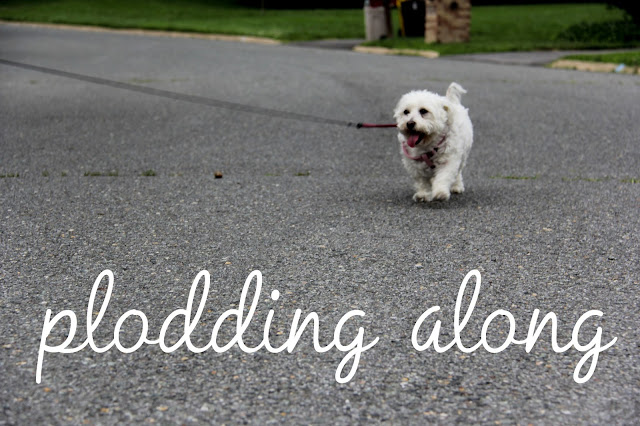 There are times in life when we suffer. There are times in life when we thrive. Then there are times when we’re just sort of plodding along. Can you guess which stage I’ve been in the past few days?
I’ve been my normal range of emotions: happy, sad, cranky, manic, depressed. The lows aren’t too bad and the highs are getting under control. I’m going to therapy, taking my meds, and doing what I’m “supposed” to do.
I wanted to write a meaningful piece (one that I’m actually collaborating with a fellow bipolar blogger for) about symptoms, but lately I’ve felt this aversion to opening up. A new symptom has appeared, and I’m not comfortable talking publicly about it yet. Partially because I don’t really understand it. This lack of understanding has made me realize how important it is that I first inform myself and then inform my readers. Part of fighting stigma is providing information. So expect a blog post on that early next week!
I’ve also been feeling confused about my YouTube channel. While I love making humorous videos, I also want to post thrifting hauls and some prettier music videos. Part of me says “Do what you want! It’s your channel!” and another part says “That’s a poopy idea, you stinky loser.” I’m sorry that half of my sub-conscience is a three-year-old that hasn’t had a nap yet.
An appropriate quote:

Tina Fey is sort of my spirit animal, if you didn’t know. On occasion, I’ve been compared to her (because of improv), and they had to restart my heart both times. Bottom line: I love Tina Fey.
Part of plodding along is frustrating. I feel like I could be accomplishing more, and yet I’m stuck. But things aren’t really that bad, so I feel guilty for complaining. I feel like I’m in the middle of a hundred projects, but not a single one is inspiring enough at this moment.
I need to take some time to relax and refocus. I’ll be in my room watching Mean Girls and reading Bossypants while dressed up like Tina Fey as a man if you have any questions.