And Speaking of Procrastination…

It is done, it is done, my NaNoWriMo novel is finally done!

I still need to, at some point, actually go back and edit it. I’ll be getting a few print copies as one of the NaNoWriMo rewards (if I can find out why the code isn’t working when it should be), so after giving copies to certain members of my family and friends, I can take one for me and red pen it to death. And then, if I still like it, I need to rewrite it in a different setting altogether. As it stands, it is currently fan-fiction. While I wouldn’t necessarily mind writing a sequel some day, I’d rather try to make it an original work, yanno? That isn’t to denigrate on fan-fiction — it’s certainly a good starting place for developing the writing craft.

So yeah, I figured I’d share that good news today. Considering the only other thing in my head is a head cold, I figured this was the more interesting news.

I hope everyone is having a good day! And if not, well, I’ll still think happy thoughts for you.

The post And Speaking of Procrastination… appeared first on The Scarlet B. 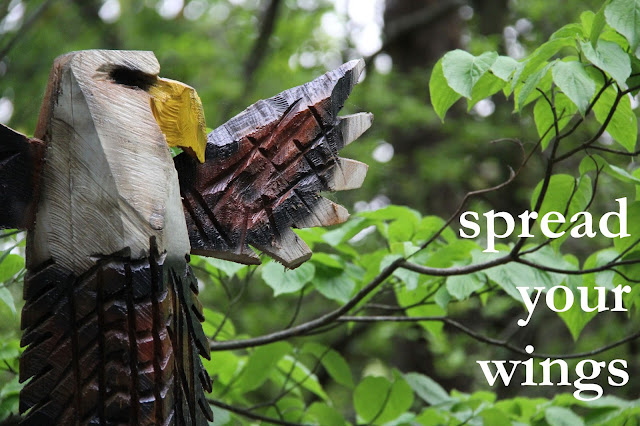 I received a very heartfelt request for advice, and I’m going to do my best to offer some tonight. The question was in response to my Living For You post. Here is the question:
“I don’t exactly know why I’m responding to this specific post or at all, but this idea about living for you (or in my case myself) has been my biggest struggle. I’ve been dealing with my depression and suicidal thoughts since elementary school and i mainly stifled it by throwing everything i am into other people (on top of other things) But on my own I’ve been trying to do more for me and I’m not sure how i can balance it out because when i focus on me, i tend to do things that aren’t healthy, like drinking and pain killers and sex outside of my serious, committed relationship . I can feel myself regress and i can tell I’m pulling away from people again. It just feels like I’m incapable of taking small steps to being a self sustaining individual. I’m scared to be in that really dark place again. I just want to know how you’ve taken those steps for you and strategies you may have been using to cope. i just don’t want to end up tearing apart my skin and thrown into a hospital again. … I’ve just been struggling to do the same thing you’re struggling with for years and it always ends bad. advice? “
First of all, I’m sorry that you’ve been going through so much – especially from such an early age. When we get accustomed to feeling bad, it can be difficult to break the pattern. The pathways in our brains that connect these poor feelings become overused and it can be difficult to form new, happier pathways (A doctor explained this to me. I’m no neuroscientist). But you’ve already decided that you want to feel better, and that’s the most important part. Because you want to feel good, you deserve to feel good. It doesn’t matter what you’ve done in the past, who you’ve slept with, what you’ve had to drink, what pills you’ve taken. You deserve it.
There are a few steps you can take to cope with those dark feelings. First, determine what your triggers are and avoid them as best you can. Some triggers, like homework, can’t be avoided. Give yourself permission to ease up on these ones. Digest them in small bites, and reward yourself when you handle the situation in a healthy way. Second, find positive influences. Maybe it’s a new person you’re getting to know, a TV show that makes you really happy, or a blog that inspires you. Enjoy these peaceful elements of your life. Third, trust yourself with small responsibilities. Show yourself how good, kind, and helpful you are. Make one of those cheesy lists of positive things about yourself and hang it up in your room. Read it every day. Make a list of reasons you want to stay alive, why you want to fight for a healthy tomorrow, and hang that list up too. Fourth, take care of yourself – physically and mentally. Try a new type of exercise (of course I’ll recommend yoga), take a long bath, talk to someone you trust. If you feel comfortable, talk to your doctor/psychiatrist/therapist and revise your treatment plan. It might turn out that you need medication or that you need medication adjusted. In my situation, my depression had lasted for so long that I needed medication to get my chemical levels back to normal.
I understand your concern about focusing on yourself. Instead of thinking of “focusing on you” as doing whatever you want or whatever feels good, think of it as doing what you need to do to take care of yourself. It’s not always fun to focus on yourself, but in the long-run, it will get you farther.
When you focus on yourself, when you are working hard towards being healthy and happy, good things will start to happen. I’m not promising miracles, but you’ll start to notice changes in yourself. You’ll have more confidence in your health and in your decisions. For the first time in a while, (at least for me) you won’t be afraid to be yourself. You’ll finally be able to spread your wings and enjoy life. This is the best part. This is your reward.
At this point in time, I feel like I’m just starting to poke out my little wings and test the air. I’ve discovered what I really love – creating digital content – and I’m pursuing it. I still have tough, moody days. It’s a struggle, but I’m already getting a taste of how fun and meaningful life can be, too.
I hope this answers your question and helps you out. Remember, you deserve to feel good. It sounds kind of funny to say, but it’s true. You’re a human, and that’s one of your rights.

Is it possible to feel depressed but not be depressed? I know some would say that is splitting hairs, what’s the difference but there IS a difference.

I didn’t have a bad day in any way, aside from Kenny being there most of the day, making my presence asinine. But then, at least he has signs of life and actually interacts with me. R is such a lump so obsessed with busted shit and his mundane drunken life I have better interaction with my cats. I don’t think Kenny actually bothers me so much, I think it’s just ludicrous for me  being away from my kid, so R doesn’t feel alone and have to answer his own damn phone when Kenny could do it just as easily, being as he lives there at the shop, literally.

In true paranoid parrot fashion I have started to wonder if maybe R calls me and begs to come there, then to his kids and wife he claims I just show up and he feels some sort of obligation to me. That would be in keeping with his character, in actuality. Throwing people under the bus to save himself some grief.

In spite of that, ya know, I have a soft spot for the guy, because in a pinch, at least financially, he’s there for us. And I am in no position to burn that bridge.

What was I on about?

Yes. I am not depressed.

But I feel sort of depressed. Maybe because R has already called and prattled on about busted shit. I can’t even escape it at night. I know not to answer the phone if I am not up to dealing. I mean, Kenny already said he would be there the whole day tomorrow. R now has a car. What is the fucking point of me being there? And where is Ursula’s friend the intern? Because I don’t need to be there. It plagues my mental health when I have to ponder going back there every night, ruining my night, then being there, and ruining my day.

Why does society have such a problem with depressing things, well, depressing us? Like something that causes you anxiety and grief should be celebrated instead of looked upon with dread and disdain? Isn’t it normal to view depressing things as depressing? I am admitting I don’t feel depressed on a whole. But at this point, busted stuff and being redundant do make me depressed.

Kinda like living in a world where people harm kids and animals and our civil liberties are being taken away by an Orwellian government are depressing.

Not a mental illness. Depressing the same. Or would oppressive be more societal friendly?

I know I went nearly 24 hours without a Xanax, and my kid had company for four hours. (The girl is apparently now stealing credit cards and such out of mail boxes, according to the step dad-ish figure, which thrills me to no end considering my debit card expires in August and they will be issuing a new one, so I have more reason to be paranoid with klepto Damiana on the loose.)

Anyway…Kid is bathed and bedded. I have a few pages of  a Kellerman book to finish, then it is bedtime. The oppression of returning to Land of Oblivion has me desperately craving the escape of sleep.

It’s not that R is mean to me, at all. He does have this horrible attitude toward my bipolar disorder, as if my moods are something personal against him, but most people are like that. I do take it personally even if it isn’t meant to be because it’s just sheer ignorance on their part. Like blaming someone for having diabetes. Utterly asinine.

I think the big issue with being there as of late has become his attitude toward my bipolar. He wants me to be happy, stable, all the time, and when I am not, then it’s “play the victim of the moody mean chick” time. And it’s like going in everyday, walking on landmines, because I don’t have any control over the bipolar, especially now that the Lamictal has quit doing its thing. That kind of pressure would make anyone depressed, I should think.

I don’t understand how he is so forgiving of his wife and kids and friends when their problem is little more than crappy personality traits they could choose to work on and fix at any time but don’t care enough to do. Yet my illness is compiled over 20 years in an encyclopaedic chart but I somehow am not worthy of forgiveness or absolute acceptance.

But alas, I will try to do the optimism thing. At least this week I am not bursting into tears and feeling all weak and weepy.

Though I’m not sure my tough girl “You need to grow a spine” side is any more impressive to him.

I get tired of feeling bad about myself. To hear him tell it, all I do right is find parts cheap. Which a chimp could do if taught to use Google and Ebay.

Today he made snarky comments about one of his ex friends with benefits who texted him. She is on disability and doesn’t have a job and he basically called her a loser.

I am on disability and have no job.

How can anyone be that fucking dense? And how could he not grasp why that would offend me?

So yeah, without being in a clinical depression…Some things just ARE depressing.