Last week it was reported that Bradley Wiggins – last year’s winner of the Tour de France - will not ride this year’s race He dropped out of the Giro d’Italia last month suffering from a chest infection and now a niggling knee injury has prevented him from being able to prepare properly. He is quoted as saying: ”I can’t train the way I need to train and I’m not going to be ready. Once you accept that, it’s almost a relief not having to worry about the injury and the race against time. I’ve been through this before, when I broke my collarbone [in the 2011 Tour] so I know how it works. I’ll get this sorted, set new goals for this season and focus on those.’

He could have been talking about how I’ve been feeling lately. Let me re-phrase that: Over the past few days I have come to accept that I have been kidding myself about how I have been feeling recently. It took a colleague to tell me that I didn’t seem like myself the other day to ring alarm bells.  The last time a colleague had said that to me it was in the summer of 2010; the next day I went to see my doctor and I ended up being off sick for 5 months with a severe bout of depression that could have killed me.

I have no plans to be off work for anything like that amount of time, but I’m going to see my G.P. ( general practitioner – not a specialist, for those of you outside the U.K.) in the morning and I’ll let her decide.

Letting my doctor decide – that is something I don’t have a very good record in. Over the years I have – with disastrous consequences for my diagnosis and subsequent treatment – pretty much told them what was wrong with me, diagnosis and all. 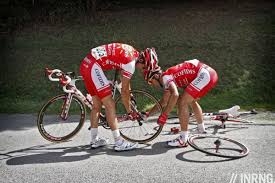 Bradley took advice – including from his cycling team’s sports psychiatrist – and that led to his decision to focus on his recovery, even though it meant not defending his Tour de France title ( a rare event, the last time that happened was in 1988 when the Irish rider Stephen Roche was injured the year after having won the yellow jersey).

Regular readers will be well aware that I am ever so keen to dole out advice and guidance on matters of mental health. It’s time that I listened to someone else’s expertise.

Shadows are fallin’ and I’ve been here all day
It’s too hot to sleep and time is runnin’ away
Feel like my soul has turned into steel
I’ve still got the scars that the sun didn’t heal
There’s not even room enough to be anywhere
It’s not dark yet but it’s gettin’ there.

Well, my sense of humanity has gone down the drain
Behind every beautiful thing there’s been some kind of pain
She wrote me a letter and she wrote it so kind
She put down in writin’ what was in her mind
I just don’t see why I should even care
It’s not dark yet but it’s gettin’ there.

Well, I’ve been to London and I been to gay Paris
I’ve followed the river and I got to the sea
I’ve been down on the bottom of the world full of lies
I ain’t lookin’ for nothin’ in anyone’s eyes
Sometimes my burden is more than I can bear
It’s not dark yet but it’s gettin’ there.

I was born here and I’ll die here against my will
I know it looks like I’m movin’ but I’m standin’ still
Every nerve in my body is so naked and numb
I can’t even remember what it was I came here to get away from
Don’t even hear the murmur of a prayer
It’s not dark yet but it’s gettin’ there.

When my prescription coverage ran out over a month ago I panicked and started taking only the things I felt were necessary. I kept the Abilify and Cymbalta and Trazadone but when my Lamictal ran out four weeks ago I just let it. Personally I felt like I was going flat so I hoped stopping the mood stabilizer would give me back some pep. Well, it has but who knows how long this will last. But in this time I have gotten the house clean and I am shopping by myself sometimes. Though I have increased how much anxiety medicine I take. But I am not exceeding my daily dose so do not worry there.

We went to the river for memorial day and I got burned. But it was a wonderful day.

On another hand I have gotten back my Rx coverage. Yeah!!!

Yup, that sounds about right.

I shouldn’t feel quite this worn down by my reckoning. All I did was go to the sporting goods store with the family to look at bikes. It’s not like we walked or biked there — we drove. So the act of getting in the car to sit on a few bikes in a store, and to ride back, is apparently flattening. It makes me despair a fair amount — how am I going to ride the actual bike if just leaving the house is so exhausting? It’s by the same token that I would love to go down to the park and skate — I’ve got a pair of Skechers roller skates I bought myself when I lived in San Antonio (which had like, three Skechers stores), and I never quite talk myself into using them.

I don’t want to hang my physical doings on my husband’s neck either. Yes, I could get him to pester me, but it would make him uncomfortable. And as well that it should, since me getting out of my chair isn’t exactly his job. He’s got enough on his plate anyways doing pretty much everything else that needs doing on the household. I’d be lying if I said otherwise. And yet, I totally contradicted this when we were in the store, telling him that if he wanted us to go camping (historically; we’ve yet to make this happen), he should have picked a date and I would have obligingly dragged my ass along and tried to have a good time.

It’s all a bit lose/lose, eh? It’s so hard to strike the right balance between doing and ‘living’ and taking care of oneself. Mind you, my husband does a lot to support me so that I can take care of myself, but it’s not like he can pump me full of energy! And as most will agree, you can only dig so deep before you’ve done yourself a bad damage.

Still, I’m not giving up. I think this might finally be the year that the pollen doesn’t murder me (I say this every year since I moved here; it will be the truth at some point!). Sunny days here in England can only be described as glorious, and are fantastic to be out in (and often better out than in due to things like breeze). So hopefully I’ll be able to figure out some compromise of self-motivation. For now though, time to try to motivate myself to make lunch happen.

I hope everyone is having a good weekend.

The post Knackered appeared first on The Scarlet B.