END_OF_DOCUMENT_TOKEN_TO_BE_REPLACED

Mental illness is not just an American problem. In fact, it’s a problem around the world, and perhaps much more acute in other nations, especially those plagued by poverty.

There’s no way to know for sure, but many – perhaps most – of the world’s mentally ill are undiagnosed, untreated, ignored. Because what do you do when you live where there’s no psychiatrist? No therapist. No medication. No help.

Your family may support you, shelter you, or shun you, depending on their financial and emotional resources and those of the community. But for many people, there is simply nothing.

Psychiatrist Vikram Patel, one of Time magazine’s 100 Most Influential People for 2015, is working to change that.

As a recent profile in Discover magazine put it, Patel and others like him have set out to prove “that mental illnesses, like bipolar disease, schizophrenia, and depression are medical issues, not character weaknesses. They take a major toll on the world’s health, and addressing them is a necessity, not a luxury.”

In 2003, Patel wrote a handbook, Where There Is No Psychiatrist: A Mental Health Care Manual, to be used by health workers and volunteers in poverty-stricken communities in Africa and Asia. A new edition, co-written with Charlotte Hanlon, is due out at the end of this month.

Patel, in his first job out of med school, in Harare, Zimbabwe, says he learned that there wasn’t even a word for “depression” in the local language, though it afflicted 25% of people at a local primary care clinic. There was little study of diagnosis and treatment in “underserved areas.”

Later epidemiologists learned to their surprise that mental illnesses were among the top ten causes of disability around the world – more than heart disease, cancer, malaria, and lung disease. Their report was not enough to spur investment in worldwide mental health.

Patel developed the model of lay counselors – local people who know the local culture – guiding people with depression, schizophrenia, and other illnesses through interventions including talk therapy and group counseling. By 2016, the World Health Organization (WHO) admitted that every dollar invested in psychological treatment in developing countries paid off fourfold in productivity because of the number of people able to return to work.

One objection voiced about Patel’s model is that the real problem is poverty, not depression or other mental illness. The argument goes that the misery of being poor, not a psychiatric illness, leads to symptoms and that Westerners are exporting their notions of mental health to the rest of the world, backed up by Big Pharma. Patel responds, “Telling people that they’re not depressed, they’re just poor, is saying you can only be depressed if you’re rich … I certainly think there’s been a transformation in the awareness of mental illnesses as genuine causes of human suffering for rich and poor alike.”

Of course the problem of underserved mentally ill people is not exclusive to impoverished nations. There are pockets in American society where the mentally ill live in the midst of privilege, but with the resources of the Third World – the homeless mentally ill, institutionalized elders, the incarcerated, the misdiagnosed, those in rural areas far from mental health resources, the underaged, the people whose families don’t understand, or don’t care, or can’t help, or won’t.

I don’t know whether Patel’s model of community self-help can work for those populations as well as they do internationally. This is not the self-help of the 1970s and 80s, when shelves in bookstores overflowed with volumes promising to cure anything from depression to toxic relationships. It would be shameful if the rich received one standard of care for mental health problems, while the poor had to make do with DIY solutions, or none.

But, really, isn’t that what we’ve got now? 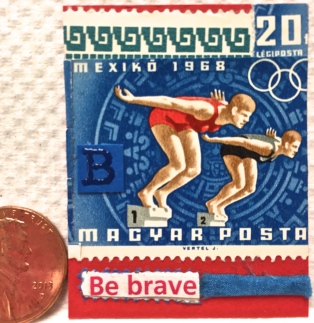 Progress, or lack of such

To be honest, I thought I’d have seen more progress by now. Three years after CBT started (it lasted about 8 months) and just over two years since I began taking meds. These have changed and dosages upped several times to where they remain steady at the moment. Daily: 600mg quetiapine, 20mg fluoxetine, 500mg sodium valproate.

And yes, they’ve topped and tailed my more extreme moods. In that respect there’s been significant progress. I still get frequent – and fleeting – suicidal ideation, but I don’t have the strength and wherewithal to actually do anything about it. I tend to ere on the side of caution and add ‘yet’ to that statement. It wouldn’t do to think I’m cured. I know there’s going to be no such thing.

So two years.. I’m holding down my job and – I think – doing well at it. My team gives me some support by way of accepting and dealing with my many cognitive and memory issues that pop up daily more than once.

I have no-one to talk to about my illness; at least, not in detail. Twitter remains a source of support, albeit from people I’ve never met and never will meet. There are loads of us on there exposing our souls and craving help and attention. Whenever it’s good to talk, Twitter offers a (usually) one-directional ‘conversation’ outlet. I have no input from my GP or any other medical service. I saw a psychiatrist last before the summer but that was only because my GP referred me due to a down-turn in moods. I have no future appointment set.

It would be interesting to see if I could hold-down a relationship at this point in my treatment. Bipolar destroyed all the romantic relationships I’ve ever had, and I still feel so bad about that. Some of these were good for me, and I let them go through my – admittedly uncontrollable – moods. As it stands now, three years since talking therapy began and just over two years since meds started, I have no such relationship. Indeed, I’ve not had a girlfriend (or even a date!) in two and a half years. That’s the meds for you; I’ve been stripped of emotions, feelings, libido and effort. I create no writing work, and barely any art work – the things that I’ve always done and done well.

I don’t really live; I exist. And even then, there are occasions when I get hypomanic and don’t even believe that. I exist with moods and delusions, my physical health has taken a hard knock (illness and meds) and I generally ache all over 24/7. I still don’t sleep. My short term memory is f*$*&d, basically. I’ve put on a couple of stone in weight since starting the meds but from looking at other people’s experiences I could have put on an awful lot more. Who knows, maybe I will? I’ve had to get rid of a load of clothes and start acquiring from scratch. (Though that’s actually been quite therapeutic!)

The biggest shock to me lately has been a letter from the Pensions people; I still have 9 more years to work in this stressful job. Until I’m over 66. How the hell’s that going to happen? I’m living day to day. Small mercies. 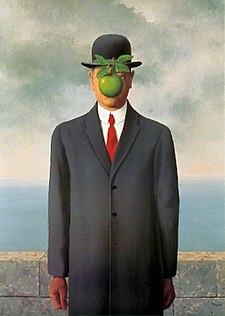