Build Your Own Skaro: the Biopsy which Wasn’t 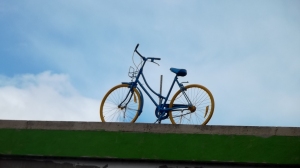 Yesterday, I went to hospital for a(nother) biopsy. Except, it didn’t happen. The lovely woman who tried to explain why gave it three goes before I told her not to attempt a third. After all, “Life is uncertain – eat desert first.”

I considered having something to eat in the hospital cafe, but instead, went to the newsagents. After suggesting that they sell booze – an idea I’m sure the woman on the till has heard before – I bought a copy of “The Doctor Who Adventures”. Among other things, it promises to tell me how to “Build Your Own Skaro”.

Honest, I’m not making this up.

The Good Doctor and his journalist friends are obviously concerned that I keep busy. I also have my very own Weeping Angel to construct:

It’s enough to make you …

I question whether it is in fact a good idea to have Skaro – even a mini one – in our front room. Or a Weeping Angel, for that matter. My husband, however, pointed out that having our own Skaro might make our Gerald happy. Poor lad, he is a bit stuck for hobbies.

I’ve even tried reading to him:

Gerald shares my interest in our local community

The above photo shows me reading the first issue of Doncaster’s local arts magazine, The Doncopolitan. I’m writing this blog in part as a warm up to an article I need to write & send to the magazine.

I had a mini meltdown not long before I left for hospital. I’m hoping that’s it, though I’m by no means counting on it. For now, I have an article to write, and a planet full of killer mutants to build – not to mention the Tour de Yorkshire to watch and photograph on Saturday. 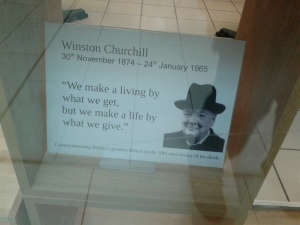