Posted on December 6, 2015 by Sheila North | Leave a comment 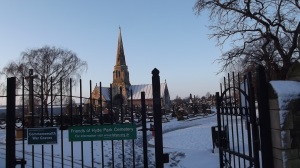 “The weather is going to come in under the door from time to time, no matter what we do.” – The Pagan Book of Living & Dying

“Hugging is just a way of hiding your face.” – The 12th Doctor

Warnings for: Lots of bloody swearing

The theme tune for today is courtesy the Traveling Wilburys. Were you a Wilburys fan, too? I honestly don’t know.

Truth is, when I held your funeral a few days ago, I realised that I didn’t know much about you at all. Living in different countries for nearly 30 years can do that. So can a rift of nearly 10 years, following one of my class-act, manic long distance phone calls. If words were drops of water, I talked enough in just one short call to fill one of the Great Lakes, at the sort of speed which would break world records for jet skis.

Happy days … so fucking not.

By “held your funeral”, I mean I spent some time alone except for a couple of tea lights, thinking about you, and reading a section of “The Pagan Book of Living & Dying”. You didn’t share my faith, but you were okay with it, which was cool.

You dying, not just dying, but less than a year before I’d hoped to see you again – if you were okay with a visit – is fuckingly, annoyingly, on-a-pogostick with the godform of one’s choice so not cool, as to be stratosphereically so. 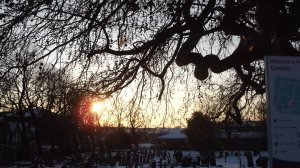 Is it all right (1), Wilburys? No it bloody isn’t. Death is not all right. The death of someone I cared about / care about? So not all right. And yep, I am old (ish), and grey(ish). And I’m lucky enough to still have someone to love – several someones, in fact. Who even love me, despite my tendency to bloody cuss for frigging England, St George, & America. Oh and bleeding Yorkshire, too, which is saying something. 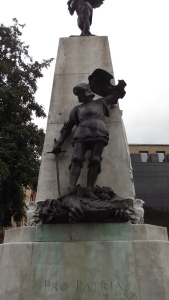 Take a hike, Death. You’re not welcome here: not now, not never. Screw the Circle of Life – especially if it involves songs from “The Lion King” or, gods help me, “Frozen”. At an intellectual level, I appreciate – if don’t entirely believe – the idea of Reincarnation as The Ultimate Recycling Scheme.

I like recycling. But I loved her. And no fucking way was I ready for her to move on.

Shine on, lovie, shine on. Maybe you’re a star. Maybe you’re in the witchy Summerlands. Maybe, gods know, I sure as hell don’t, you’re in Heaven. Maybe there really is such a place. (2) 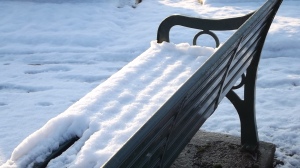 (1) Screw you, Wilburys: “all right” is spelled “all right”, and not “alright”. I blame those fools The Who.
(2) Which, according to Blackadder, is filled with pot plants.

This entry was posted in Read Along and tagged anger, mental health. Bookmark the permalink.