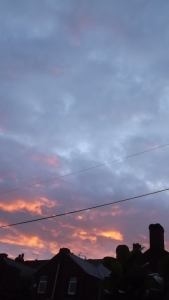 This morning, the “hour of the wolf” was between half four, and five am. I’m a morning person, so in the summer at least, getting up at that time isn’t always a bad sign.

Today, though, the wolf showed up. And she brought her cubs.

According to the Bab 5 character Susan Ivanova, “the hour of the wolf” is between 3 and 4 am. It’s not the time that’s important: it’s the number of wolves, and the sharpness of their teeth.

The way they glint at you, in the pre-dawn dark.

The script writer’s (1) description is spot on, when Ivanova says: “It’s when you can’t sleep, and all you can see is the troubles and the problems and the ways your life should’ve gone, but didn’t.”

The character goes on to say that her father dealt with it by having a glass of vodka before bed, “to keep the wolf away“. Then three more, smaller ones, “just in case she had cubs“. 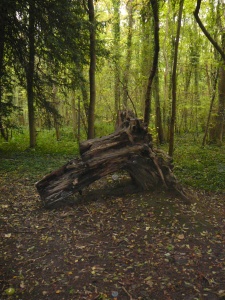 Whether you call it the hour of the wolf, long dark night of the soul, or Shirley (2), whoever thought this chuffer up should bloody well be ashamed of themselves. Life is difficult and complicated and messy enough without waking up at stupid o’clock in the morning, full of chuffin’ despair.

And it doesn’t matter all that much that I know why Shirley poked her wolfish nose in my guts at 4:30 am. Why I ended up ringing the Crisis Team.

It didn’t solve a thing, but at least I was able to offload to someone who understood, and let me rant at, well, life.

Stupidly, perhaps, I hold out hope: of this day, my life, the world. That my sense of humour returns, my computer cooperates, and the shedload of work which has been piling up somehow gets done.

May the wolf fail in its attempt to bamboozle us into missing the sunrise, and the song of the blackbird as it greets the light.

(1) Probably Babylon 5 creator J. Michael Straczynski, who wrote the vast majority of its scripts.
(2) I was going to call it Stanley, then I remembered she had cubs.

This entry was posted in Read Along and tagged anger, bipolar, mental health. Bookmark the permalink.