Saucy is for Postcards: Public Art 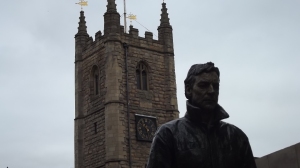 Whenever I go out of town – which is not very often – I take my camera with me. It helps me look at things, on those days when I’d rather be hiding under the duvet with a book. (1)

Photography can act like a silent companion. Likewise, whilst I have fairly high expectations of my writing, this is not the case with photography. I am a snapper, not a photographer.

I can get terribly excited about things like this, even when the photo is bloody awful: 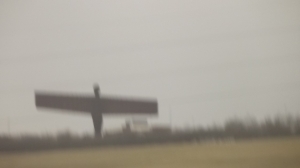 For a better view of the Angel, click here.

Least you think there’s no public art in England outside the NorthEast, I give you Exhibit A, which is from York: 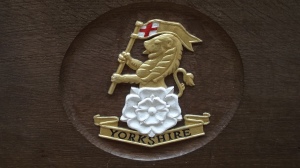 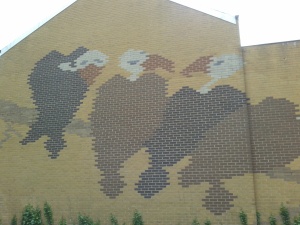 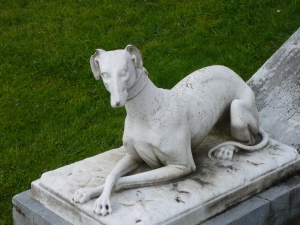 Or this, also from Donny: 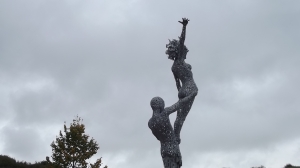 The statue above is in the “Lakeside” area, not far from the new(ish) stadium. You may have noticed that the man, and the woman, are both naked. Did you care?

I was both pleased, and somewhat disheartened, to learn today that a statue called “The Lovers” which was a central, well-known feature of the local shopping centre from the 1960s – 1980s, is due to return soon.

Pleased, because I love – as in love – public art. It gives me something to look at, to think about, to photograph.

Public art can literally brighten my day, and lift my heart. So, to read “The Lovers” described as “risque” and “saucy” was somewhat disappointing.

My mom, gods bless her, was a bit of a prude. Even she never told me to avert my eyes from this chap: a copy of Rodan’s “The Thinker”. He’s been pondering outside the Detroit Institute of Arts (DIA) for many a year: 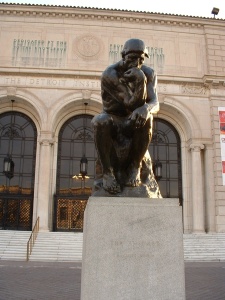 The copy of Rodin’s “The Thinker”, outside the DIA

Is it just me? Or is “saucy” best confined to seaside postcards, and “risque” to the poor person playing Scrabble, who’s been stuck with the “Q”? 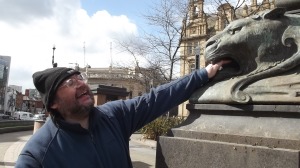