“We Are Shrinking”: a Poetic Blog 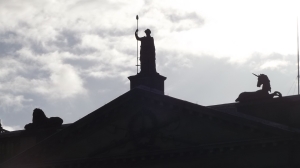 Justice, and balance, anyone?: York

Caution: the following poem contains bad language, plus a rather shocking reference to a basket.

Yesterday, I learned that a Tory parliamentary candidate suggested that mental health patients could wear wristbands which identify their mental illness.

I sometimes wear one of these:

Wearing a “Time to Change” wristband is my decision. Because I want everyone to feel able to talk about their mental health problems: to their friends, family, colleagues … their doctors, even.

Do I think anyone would be helped by my wearing a wristband which says “Bipolar”? (1) Probably not. Would someone be harmed? Almost certainly, yes: me, for starters. Plus the people who turned tail, and beat a retreat, least I conform to whatever scary stereotype they happen to hold about people with bipolar. (2)

So this idea, on the face of it, makes me see stars. Yellow, compulsory ones.

I started thinking about the poem below. It was published in 1991 in Issue 10 of “The North” (3) poetry magazine. I’m guessing that, after 24 years, the rights have reverted to me.

They are godless infidel heathen bastards.
They are knocking on our doors on Sunday mornings
When we want a lie in.
They are going to hell in a very big
Handbasket indeed.

We are making more room. 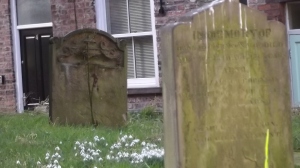 (1) Do I get to choose the colour(s)? Black goes with anything, but I’m not so sure about red, or shocking flamingo pink.
(2) At least I’d be wearing it in the UK, where most of the population isn’t armed.
(3) No relation.