Not my garden, but possibly my favourite flower

“… and we bring you Beltane’s flower. For the May Day is the great day …”

WordPress thinks I misspelled “Tardis”. It didn’t like “TARDIS”, either. Plus, it looked like I was shouting: “Tardis!“. As though one had just landed, here in Donny.

Didn’t want to get your hopes up.

What does an idiot’s time travelling box have to do with flowers, or dancing? Or, indeed, May Day: also known as “Beltane”.

These hawthorn flowers were photographed on my way home earlier today. A friend called them “May flowers”. It’s April, but trees are notoriously forgetful when it comes to buying calendars, and diaries. 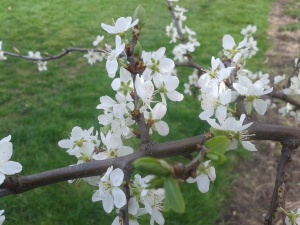 I saw two bees yesterday: one was probably a bumblebee. The other may have been a wasp. Bee populations are declining in the UK: not just due to squashings by the nervous, but by our changing countryside. At least, that’s the theory of the Bumblebee Conservation Trust.

I am a Gardener of Good Intent. Last year, I spent more time in my garden than I had for years. Sadly, I didn’t do much planting: I mainly wrote, and fed and watched these chaps:

Impressionist’s impression of a magpie: 2014

Not so many magpies, to be honest: we mainly get sparrows, blackbirds, collared doves, blue tits, and robins. I enjoyed watching them, and also counting them , as part of the RSPB Big Garden Birdwatch.

How much cooler, though, to watch them from one of these: 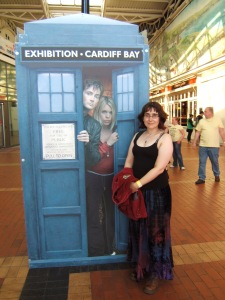 As I wrote in a previous blog, I am hoping to build a Tardis writing shed one day. Which will be great for bird watching, and writing, but means a little bit of existing green space will have to go.

I don’t have a Tardis – functional, or otherwise – yet. So, whilst I’m accumulating the dosh, and skills to build one, why not make the garden a bit more bee-friendly? 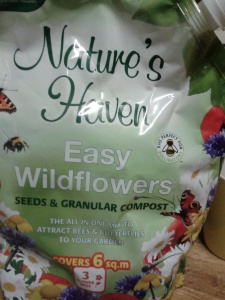 I can hear the blackbird shouting – okay, chirping, but in a rather shouty way: honestly, you’d think he was a starling – as I write this. It can take me awhile to come round after a night shift, meaning he and his Missus haven’t been fed yet. I suspect he’s a feeling a bit aggrieved.

“Time and tide wait for no man,” as the Seventh Doctor observed. Time to brew another cuppa, and get ready to face the day, the birds, and that garden.

Enjoy the day: whatever the weather, and wherever you are. May your Sunday be as restful, or as busy, as you wish. 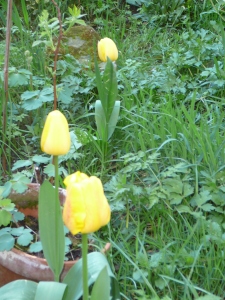 Yellow tulips: my garden, 2013. They are not quite ready to bloom, this year.