The Importance of Memories

The following was written in 2009, not long after my dad passed away from cancer.  I thought I would share it on here in honor of his birthday; he would have turned 78 today.   As hard as certain dates are for me, like the date of his death, Christmas, etc., his birthday always hits me the hardest. I don’t think the pain of losing my dad will ever go away, not completely. I have learned that it is okay to grieve forever, as long as I don’t let it hinder my living.  Though my dad is gone from this earth, it is up to me to keep him alive in my heart and to make sure his grandchildren never forget how wonderful he was.   Whether you lost your loved one recently or years ago, don’t ever let go of those precious memories.   They are an important part of who you are, and if you regard them in the right way, the loss of that person can fuel your future, making you strive to be the best you can.  I wish my dad was still here today.  But five years after his passing, I can see how losing him opened my eyes to the world around me.  Everything I do, I do for him.  I know he can’t see the choices I make, but I like to think if he could he would be proud. 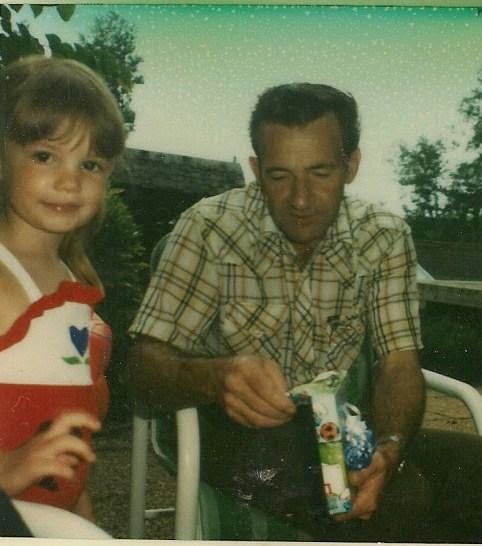 Hesitantly I take the photo album off the shelf and open it to my favorite page.  It is a picture of my father and me at my fourth birthday pool party in the month of June, 1983.  Someone had given me a make-up set for the occasion and he’s helping apply a thin layer of pink lipstick to my young lips. 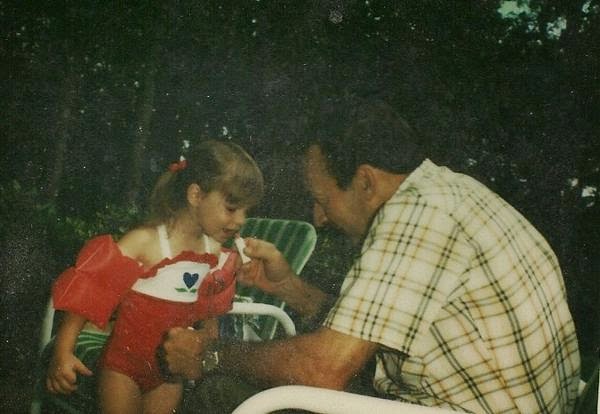