First off, I’d like to wish a very Merry Christmas to everyone reading my blog. I hope the spirit and meaning of the season touches each one of you. For myself, it’s a blue Christmas. Not sure why this year I find myself with so little joy. Christmas is usually my favorite time of year, but for the past couple of years, that joy seems to be missing. Is it growing up? Is it bad memories of my ex fiancee? Not sure, all I do know is I can’t seem to find the joy any more.

Every ornament on my tree has a memory attached to it and generally, looking at the ceramic ornaments my grandmother and mother hand painted for me makes me feel warm and loved. This year, they didn’t even go on the tree. The Paramour is stuck working today and tomorrow and honestly, we seem headed towards disaster. Two broken people do not make for a healthy relationship. Every aspect of my life seems to be bringing me down right now. It’s like there’s a hole in my heart and no matter what I do, I cannot repair it. I look, as always, to God for strength, to help me remember what this season is all about and to be my guide through this dark time.

I hope all of you are in a far better mindset than myself. Thank you all for the support of my blog, and I hope that my next post finds me feeling more joyous.

The Name Game: Win A Prize

It’s time to play the name game!  I’m considering changing the name of this blog.  One reason is I hope to post more frequently about mental health news and information rather than the focus to be all centered on me.  Oh. I’ll keep posting about my personal exploits, I’m way too self-centered to let that change, … Continue reading » 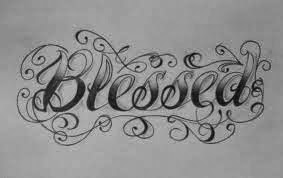 The Art of Bipolar

Why artistic expression is so important to a bipolar sufferer…

Christmas is that time of year when friends and families gather to bask in the warmth of togetherness, exchange stories, and catch up on each other’s lives. But why is it only one day or a few out of every year that people do this? It is a question I have had for years among […]

A glimpse of clarity

After 5 days in the gutter…I was high functioning today. Clear headed, motivated, determined. Hypo manic. It almost felt like waking up from a sleeping pill and having the fog clear.

Clarity is beautiful. No paranoia, anxiety manageable, mood level (if a little low.)

I got my kid’s gifts bought and wrapped.Did hausfrau work. Spent the evening watching Snapped with my beloved Bex. PRAISE THE SQUID.

It’s just…weird. My mind is clear and quiet right now. It is all so random, unpredictable, without rhyme or reason. I wish I could maintain this state all the time.

It doesn’t work that way.

The helliday is upon me. That’s gonna be a bitch. The aftermath will be worse.

For this moment..I am just gonna relish the calm and let the storm come when it may.

Everyone, if you are in crisis, or considering suicide, reach out to the following people for an instant online chat:

I am not a professional therapist, but rather a nurse, and survivor of bipolar disorder. If you write to me, it may be days before I see your email, and I fear for the safety of those who read my blog and are hoping for a response from me personally while they experience a crisis. I care. I really, really do. I try to answer as many emails as I can, but please, if you are in danger, go to that link and they will help you make a plan.

Sending mad-love to you all!