What To Do If You Feel Stuck In Life 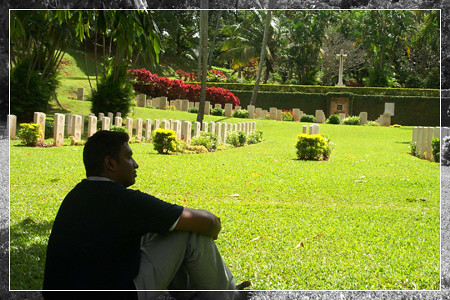 It doesn’t matter how old you are when you suddenly realize you’re stuck in the life that you’ve created for yourself. The feeling is devastating and difficult to deal with. But while it may seem like you made a lot of mistakes that you cannot get out of, the important thing is to keep your head up high and know that every mistake is actually a lesson that can be learned, so there’s no need for regrets after all.

Whether you’re a young adult or middle aged, there are things that you can do to change your life for the better. Continue reading for some valuable advice that’ll help you feel like you’re free again to create the life of your dreams if you’re feeling like you’re stuck and there’s no way to change things.

Go Back to School and Change Careers

Sometimes a career change is absolutely necessary, especially if you’ve grown bored or disgruntled with your current place of employment and you really don’t want to move to another company in the same field. For example, if you really thought that you wanted to be a teacher but you realized after getting a job in the field that it really isn’t a good fit for you, don’t feel as though you’re trapped, no matter how old you are. You can begin taking classes on the side or begin pursuing a master’s degree in a completely different field so that, when you’re ready, you can look for employment elsewhere.

Get a Fresh Start in a Brand New Place 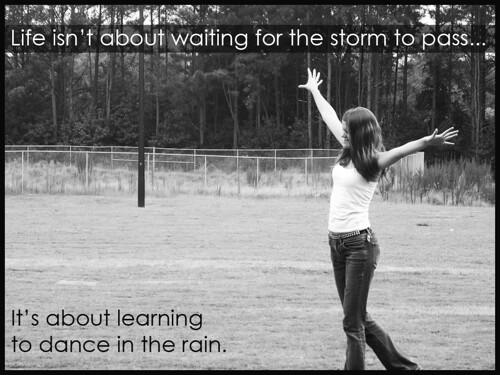 Moving to a new place can give you the fresh start you desire, especially if nothing is working for you where you are. If, for example, you’re finding it really difficult to find a great school to attend for the new career you wish to pursue, or there aren’t enough jobs in your field in your area, a move can really make a difference and open up brand new doors and opportunities that you never imagined could be possible.
Whether you move alone or with a family, making such a change may be a little hard at first, but once you settle into your new place and begin meeting new people, learning new things, seeing new places, and experiencing all that your new home has to offer, you won’t regret it, especially if you know that this is the place you’ve always wanted to live in. And if you’re concerned that moving would be too much of an expensive hassle, find a reputable moving company that can help you with all of the minor details to make it easier for you, no matter how far you’re moving.

Try New Things Whenever You Can

Volunteer in a field you’re interested in and make it a point to travel to try new things. This can help you get out of your rut and get your mind off of things, and you may even be inspired. For example, volunteering with animals may inspire you to switch careers.
Making changes is imperative if you feel stuck in life. Remember, nothing needs to be permanent, and changes can be wonderful.
The author of this post is Tyson Wilmer, an employee at AMJ Campbell, leading movers in Brampton. He owns a fantastic toolkit and uses it to do restoration work in his spare time.

I had a panic attack when I dropped my kid off at school today. Came from out of nowhere, no trigger, just standing there in a parking lot and WHAM! Pounding heart, dizziness, hyperventilation…

Of course, by now, I am a PROFESSIONAL at internalizing anxiety 98% of the time, so unless someone is actually studying me, they have no clue that I am experiencing a level of anxiety and disorientation one would get if they were in the woods being chased by a chainsaw wielding psychopath. I cover my mouth and breathe deeply in and out, rather than use a paper bag. I hug my sides in an effort to have a sense of control over something. I dig my nails into my palms, in hopes a mild jab of pain will distract me from the panic.

Sometimes it does. Most of the time it does not.

It passes. Generally with no one the wiser, unless it’s a massive attack, one where I have to lean over and hang my head and press my palms into my knees. Those are always fun. NOT.

I used to have spectator sport panic attacks. Sweating, hyperventilation, dizziness, vomiting. By the time my last three dimensional friend told me that going out with me was embarrassing and awkward, I began the descent into internalization. It saves me embarrassment but it’s a disservice otherwise because no one believes what they can’t see. If you’re acting a little squirelly but otherwise ok…They don’t see it as any big deal.

It is a big deal. Especially when you find yourself having multiple attacks a day. This internalization has sent me to the doctor more times than I care to admit. I literally make myself physically ill by turning it all inward. I trained myself so well, though, so I wouldn’t embarrass people I was with, that now I don’t know how to externalize.

And it’s all leading to me feeling smothered. By my overly demanding kid, by household disrepair, by money problems, by EVERYTHING. I have less than  zero desire to be near anyone right now. I accept my kid as my siamese twin, but others…Unless you’re at the end of a computer, I simply don’t want company. It’s the seasonal affect,to some extent, but it’s also the fact that this year has sucked for me and I have had four of the most stressful months of my life with the neighbor kids. (The landlord actually asked me if they were all mine! That’s how often they are there,ffs.)

I need some time to breathe.

Provided the hyperventilating panic attacks will allow it.

Thank you, Sinead (Sort Of)

By now, I suspect that most of the bipolaratti have heard about Sinead O’Conner’s open letter to Miley Cyrus. Perhaps some of you have nodded along in agreement. Perhaps others of you felt that, while well-meaning, Miss O’Conner is in steep violation of the Underpants Rule. Whatever the case, a letter was written, and it was only a matter of time until it garnered a reply.

As to be expected (by me, at least), the response was what one would expect of a young American — riled up and insulting. It would have one thing if Miss Cyrus had opted to just be a bit nasty, but she went right for the mentally ill button and pushed it as hard as she could. I know the media loves to bash on the mentally ill, but that doesn’t make it okay or cool, or in any way an acceptable defence against a person attempting to reach out and share their experience (however well-intentioned or misguided the attempt may have been).

This, quite expectedly, garnered another reply from Miss O’Conner. This is where my thank you comes in — thank you, Sinead, for standing up for yourself, and other mentally ill folk. I won’t say whether or not I felt you were in the right to express your concern in the first place, but I think you were emphatically right to call out Miss Cyrus on her inappropriate response. I know just how hard it is to speak up; I’ve lost at least one friend this year that abused me for calling out the inappropriateness of their postings as relates to mental health. It’s hard being mentally ill. It’s harder being out about it. It’s even harder still to not stand there and be a target. So in that, I hope that your most recent posting makes Miss Cyrus think about her actions, and hopefully rectify them. Admitting to a problem and seeking health for it is a sign of strength, not a sign of weakness, and therefore it is emphatically out of line to treat it as such.

I hope everyone else is having a good day out there, and that everyone’s weekends are looking to be enjoyable/relaxing/etc.

The post Thank you, Sinead (Sort Of) appeared first on The Scarlet B.

So I Am All Tranced Out On House Music And Thinking…..

I am thinking about the impossible to know with a reasonable level of certainty. What do two people have …

If Miley Cyrus can have a “movement”…

shouldn’t something like MENTAL HEALTH have a WORLDWIDE movement??? I’m getting tired of Miley Cyrus, and government shutdowns (well.. the government shutdown is kind of important…), and other ridiculous things taking over the spotlight in the news and minds of the world!

My Mood Journal for the Past Two Hours

Posted on October 4, 2013 by Amy Purdy | Leave a comment
7:00p.m.  Extremely depressed.  The typical distractions do nothing but make me feel worse.  Can’t concentrate to read, don’t want to watch TV, don’t feel like writing anymore miserable language, except for this stupid mood journal that seems pointless at the moment.
7:05p.m.  Oh my! Must cook something to eat!  MUST!  It’s just so exciting!!!
7:10p.m.  Ugh, I got pots and pans out, but I don’t feel like cooking anything.  I’ll just fix the kid a sandwich and forget about it.
7:12p.m.  No, really hungry!  Going to cook something!  It’ll be F U N ! ! !
{cooking-neutral mood, then stressed, then very stressed}
7:35p.m. I want to die.  But the food was good.
7:38p.m. Actually, the food wasn’t all that great.  I wish I hadn’t eaten it.  What was the point?
7:45p.m. Bath time for son.  This will be fun!  He loves bath time.  I love my life!
7:50p.m. He has dumped water all over me and the bathroom is flooded.  I am so tired.  I should have just let him stay dirty…I’m an awful mom for thinking that 🙁
{wrestling to dry off and clothe son}
8:00p.m.  I’m exhausted. I don’t even feel.  Just numb and exhausted.
8:07p.m.  UGH I’M SO MAD!!! AND I HAVE NO IDEA WHY!!!
8:10p.m. Just depressed now.  I’m tempted to write how depressed I am on my Facebook page but then everyone will think I am just complaining or wanting attention.  Maybe I should just shut the whole thing down.
8:20p.m. My son is so cute!  I love spending time with him!  Happy!  Happy!  Happy!  And I have so many projects I want to get started on, like this one, and this one, and this one!  Where to begin WHERE TO BEGIN???
8:45p.m. I want to die.  I don’t know why anyone puts up with me.  Why do I even exist?  I should just end it now.
8:55p.m.  Eh, feel so-so.  I’m going to post this to my blog for the hell of it.  Either people will sadly relate or they will have a good laugh at it, or think it’s really stupid.  Whatever.