One of the things I love about cycling is the infinite variety of my fellow wheelers. There are the seasonal cyclists who only come out in the good weather, their bikes having spent the cold months locked up outside somewhere. They ride despite the fact that their tyres are deflated, their chains are dry, and their brake pads are too thin. There are folks confidently riding the cycle paths on ‘sit up and beg’ bikes with items as diverse as little dogs, flowers and computers in their baskets. Let’s doff our caps (they won’t be wearing helmets) to students weaving in and out of the traffic not troubling car drivers and pedestrians with hand signals. I give a friendly nod to racing cyclists on expensive carbon fibre bikes, dressed in lycra outfits in the colours of the teams in the peleton, as they pass me on my tourer laden with full panniers out in the countryside for a leisurely ride as I muse about topics for this blog. And let’s not forget the adrenalin junkies on their mountain bikes careering along off – road trails trying out ever more daring manoeuvres. 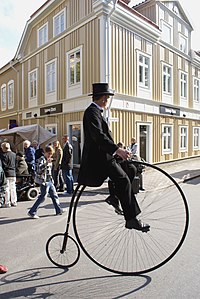 While there are clearly cycling tribes, it’s impossible to pin down who is a typical cyclist.

Likewise, I want to suggest, with pill poppers like me. Even the type of medication some of us take highlights this.  Along with fellow mood – swingers on the bi – polar spectrum, and delusionists of the schizophrenia clan, I take the atypical antipsychotic Quetiapine before bedtime every night.  It’s atypical, a bit like me, I hope.

Regarding my mental health, I like to think of myself as an individual, not lumped together with a whole group of celebrities, and others who have the same diagnosis.

I am a big fan of peer – led support groups, as regular readers will know. Such groups help to reduce isolation, promote acceptance and allow people to talk about their experiences, however painful they may be, without fear of judgement or rejection.  One of the most striking things about such groups is the wide range of backgrounds that people in these groups come from.

There’s nothing typical about who you’ll meet.

I Am Completely Different

Though I am wearing the same tie as yesterday,

am as poor as yesterday,

as good for nothing as yesterday,

Though I am wearing the same clothes,

am as drunk as yesterday,

living as clumsily as yesterday, nevertheless

I patiently close my eyes

on all the grins and smirks

on all the twisted smiles and horse laughs—

and glimpse then, inside me

Well, not as dramatic as all that… but I am feeling on the edge. It could be hormonal. All I know is the irritibility is on the rise and that my buffer feels thinner. Whatever the case, bipolar is definitely a grab-bag of fun. *rolls eyes*

I’m tired, too, though I’m not sure if that ties to anything, or is just general fatigue. Fatigue is probably the best word; my arms feel somewhat leaden, and all in all there’s sort of a rattling hollowness instead of vigour. I don’t know if it’s Family Cold Round Four or something different. It just is what currently is, to my mild annoyance and resignation.

Ah well… so it goes. All I can do for now is try to be mindful of things, and hope I can keep myself on an even keel.

The post Brinkmanship appeared first on A Blog By Any Other Name....

Dr. Dina watched with dull interest as the repossessors hauled off her car and her RV and her luxurious horse trailer with the full living quarters.  She watched out the window of the house trailer she had rented after the bank took the real house.

She told herself it wasn’t her fault that she had lost her medical practice, her pride and joy and the pinnacle of her career and of her whole life.  But she knew that it really had been her own fault.  She had stopped taking her medications because in that small town there was no such thing as confidentiality, and she didn’t want her family  doctor telling her colleagues about how Dr. Dina was taking lithium and a whole alphabet’s worth of antianxiety, antidepressant, and antiepileptic drugs, to treat her bipolar disorder.

When she had moved to East Bumfuck, as she now preferred to call it grimly in her mind, she had intended to get a psychiatrist in the nearest city.  But things got busy quickly, and the only time she thought about it was in the middle of the night when she was wide-awake because of hypomania.  She always planned to do it the next day; but the next day was just as busy, and she forgot again.

Soon she found herself crying for no reason; and during office hours she sometimes had to slip into her private office to cry between patients.  Her office nurse would knock on the door to see if she was all right, but Dr. Dina did not answer, or snuffled through her tears that she was on a phone call.

She thought maybe a lover might help.  But how was one to acquire a lover in East Bumfuck?

In the Appalachian county where she had set up her practice, there was a lively music scene, and Dr. Dina happened to be a banjo player. Although she felt uncomfortable around people in general, she forced herself to go to jam sessions and dances and found herself welcome in the community of old-time musicians.

One of them, a guitarist, took interest in her.  He was married, to Dr. Dina’s disappointment.  But she found herself intensely attracted to him.  His guitar style thrilled her to the bones and planted a smoldering fire in her innards.  She loved his ready wit, and found his bulging overall-ed belly endearing.

It was a known fact that his marriage was on the rocks.  Soon he began inventing reasons to do things with Dr. Dina, “just the two of us,” and before long he had filed for divorce and they were sharing a bed.

As a musical duo, they were hot.  Fancy resorts had them on their regular entertainment lists. They used the money for expensive hotel rooms and champaign. Their lovemaking was so hot it threatened to burn up the beds. They fell into hysterics over the image of the hotel manager staring at the charred and smoking bed the next day,

They lived with a furious intensity.  During the high times, it was martinis and champaign, and Dr. Dina would dance naked in the kitchen while Mr. Man played Django on the guitar with joyous ferocity.  But when one or both was bottomed out, they lived together inside the firebox of the inner furnace of hell.

They stayed together because of the ups, and because they genuinely loved each other.  He was a carpenter by profession. She had some experience with wood.  So they built a bed together, a marriage bed.  It was a dream they had, to build the bed that would hold and surround their love, an impenetrable cocoon to protect them from the world. But something in the building of it went wrong: what should have been a warm and loving creation turned out raspy with bickering and stony silences.  It got into the bed.

After a few years of roller-coaster elation and devastation fueled by alcohol-saturated mutual bipolar illness, Dr. Dina threw Mr. Man out.  The night he left, she dragged the  chainsaw into the bedroom and hacked the bed into pieces.

She dragged the ragged chunks out into the driveway and stacked the remnants up teepee-style.  She drenched the thing with kerosene and threw in a match.  WHOOF!  The fire roared into the night sky.  Dr. Dina shivered in the cold, wracked with sobs, watching their bed go shooting up in flames and showers of sparks. She fed the hardwood fire with dry pine boughs until all that was left was a pile of charred remnants of their former love nest.  The next day when it was cool Dr. Dina took the shovel and buried the ashes, and spread new gravel over the scorched earth of their love.

I hate when people ask how I am. I know it’s a societal nicety and utterly insincere and obligatory. I still hate it. I hate even when people are sincere. Because if I tell the truth even 20% of the time, I am going to harsh someone’s mellow by not being okay.

And while I have had a couple of neutral mood days…

My anxiety and irritability and panic have me ready to drink bleach.

I even threatened to snap someone’s neck today, I got so annoyed and flustered. I usually only say such things in jest. Today, I was so freaked out and angry, I scared myself that I could sound so hateful.

I do not like this current state I am in.

I’m taking bets on the shrink blaming the Cymbalta rather than face her own bias against a perfectly viable medication in favor of the worthless tic-tac-o-pin. It’s ok. I’m gonna tell if she doesn’t give my xanax back, I’m gonna start drinking. Constantly. Heavily. Not a threat. Just saying. One day, I may threaten to snap the neck of someone who is vindictive and has me arrested for death threat related shit.

That is not cool with me.

To end…Something Mark sent me that made me think OMG SOMEONE CREATED SOMETHING SPECIFICALLY FOR ME!